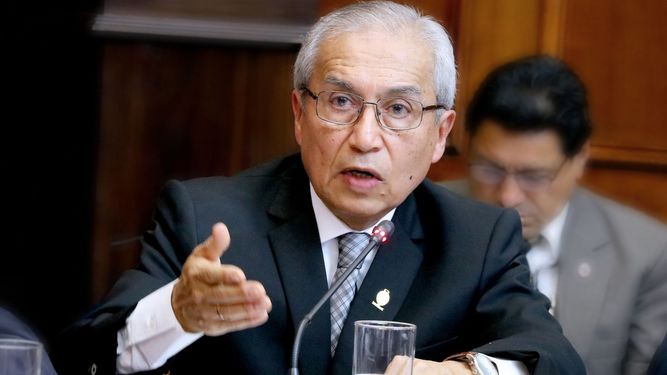 Peruvian justice opened a criminal proceeding on Wednesday to former Attorney General Pedro Gonzalo Chávarry, who is accused of the alleged crime of covering up in the corruption scandal unleashed by the Brazilian construction company Odebrecht.

inRead invented by Teads
Chávarry, who still serves as the supreme prosecutor in the Public Prosecutor’s Office, will be prosecuted for the dismissal of the head of the special team of the Odebrecht case, Rafael Vela, and his deputy, José Domingo Pérez, on December 31 of last year, while still serving the position of attorney general.

Popular protests against the removal of the two prosecutors forced Chávarry to step back and replace them at the head of the Odebrecht case investigations.

The maneuver uncovered the intention of the then attorney general to thwart a judicial cooperation agreement between prosecutors in Peru and Brazil.

Under that agreement, already in force, local prosecutors receive testimonies and bribe evidence to Peruvian politicians in a modality known as “awarded award.”

In return, the prosecution refuses to accuse Brazilian officials of Odebrecht.

Chávarry resigned in January, but remained as supreme prosecutor protected by conservative sectors of Congress.

But Judge Hugo Núñez has given the green light to the accusation of cover-up and has 90 days to resolve the case.