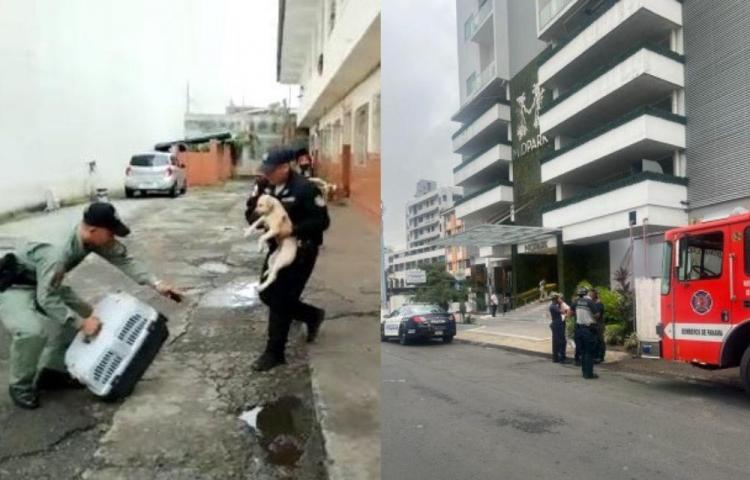 Let it be known, I will ask around, pay a few poor people in this area, and take a day off in front of the laptop to find the pieces of shit.  Consider it a BOUNTY on you shitheads!!!!!!  He lived!!!  You suck at even killing puppies.  Let’s see how you do with men with militart training./  PUSSIES

Police units managed to rescue a dog that was thrown from the sixth floor of a building located in the Carrasquilla sector, district of San Francisco, after receiving the citizen alert.

The Police reported that in this alleged case of animal abuse, they coordinated with units of the Meritorious Fire Department, who realized that the animal managed to survive, because it fell on the roof of a barrack that was next to the building, what could save the dog’s life.

“After the maneuvers to lower him from the roof, his rescuers checked him to rule out injuries and he was taken to a veterinary center to provide him with the necessary care,” the National Police detailed.

This irresponsible action against the animal motivated the Environmental Crimes Prosecutor of the Public Ministry to be informed, in order to locate the person linked to this fact and to face justice.