Related topic: Brazil claims France is hollow in claims to care about Amazon. 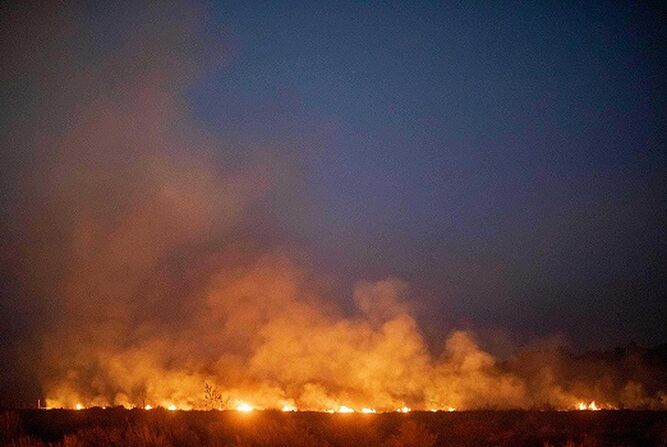 The Brazilian president, Jair Bolsonaro , said Monday, August 26 that his French pair, Emmanuel Macron , “disguises his intentions” behind his calls to “save” the Amazon , an issue that has caused an escalation of tensions between several days ago Both countries.

Bolsonaro said in another message on the social network that he spoke with Colombian President Iván Duque about “the need to have a joint plan, among most of the countries that make up the Amazon, that guarantees our sovereignty and our natural wealth.”

The tweets were published shortly after Macron repudiated Bolsonaro’s “disrespectful” comments about his wife on Sunday.

On Sunday, a follower of the Brazilian right-wing president published a meme that made fun of Brigitte Macron’s physicist – who appeared in an unfavorable photo – when compared to the first Brazilian lady, Michele Bolsonaro, radiant on the day of her husband’s investiture .

“Do you now understand why Macron attacks Bolsonaro?” Reads next to the photos of the two presidential couples.

Tensions between France and Brazil have been increasing since Macron called the leaders of the main industrial democracies last week to an urgent discussion at the G7 summit on fires in the Amazon. Bolsonaro replied accusing him of having a “colonialist mentality.”

According to the latest figures, 79,513 fires have been detected in Brazil since the beginning of the year, of which slightly more than half in the Amazon. A total of 130 new fires were declared between Friday and Saturday, according to the National Space Research Institute of Brazil.