PNO offers overwhelming support of this initiative. MONTH of the OCEANS PANAMA!!!! 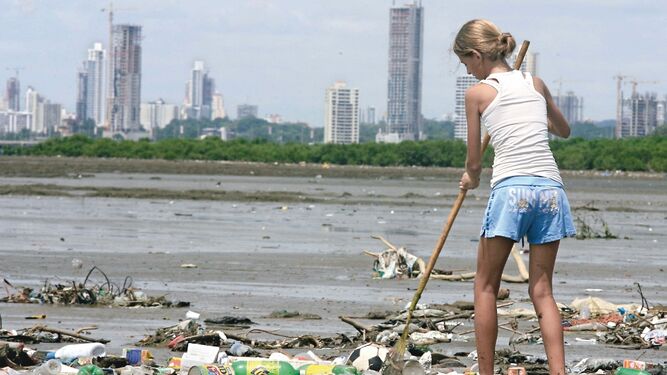 OP ED: James “JB” Bryson With my Hurricane bothers over, please note that SEPTEMBER is a HUGE month for PANAMA with 30 activities over 30 days to help in the cleaning and protection of our ocean. I IMPLORE anyone who has the time to contact the organizers and PLEASE get involved. I will be doing updates on this topic EVERY chance I get and would love to hear from PNO people that answered the call at an event near them and helped out.

September, Month of the Oceans in Panama , will be celebrated with about 30 activities such as environmental festivals, talks, conversations and more educational, artistic, scientific, recreational and cultural initiatives, prepared by 64 public and private organizations.

The program was launched over the weekend with the Whale Festival in Puerto de Boca Chica, Chiriquí, and will run until the end of the month with the XVIII National Cleaning of Beaches, Rivers and Coasts ( See infographic ).

A world shorebird count will be held, the X Marine Science Fair at the International Maritime University, the I Threats and Opportunities Forum for the Panama Bay Wetland Ramsar Site, Lionfish Capture Tournament, the XIII Figure Contest in Arena, Bannabá Fest will present environmental short films, a conversation about corals, underwater cleaning and the XV Forum “Oceans without plastic, a better future”.

“The objective is to raise environmental awareness in the Panamanian population and to reflect on the importance of the oceans for humanity as the problems and threats are increasing,” said José Agustín De Obaldía, president of the Committee of the Month of the oceans.

This year, says De Obaldía, the committee has selected the slogan “Oceans without plastic, a better future”. And he explains: “Plastic, in fact, constitutes one of the most harmful elements, which significantly pollutes and deteriorates the health of our oceans. 80% of garbage in the oceans is of plastic origin, according to reports from the European Commission. This is one of the biggest pollutants of freshwater and marine water sources worldwide. Year after year, social networks, written and television media, warn us about the death of thousands of birds, reptiles and mammals that ingest these plastics or get caught in this material. ”

A committee note highlights that “Panamanians, who have the privilege of having coasts in the Pacific Ocean and the Caribbean Sea, must fight for a better quality of life for the oceans, to protect that wealth and that of our lakes, rivers and streams that flow into them. This is how we protect ourselves and contribute to the struggle of many for the recovery of the oceans, as mandated by the 2030 Agenda for Sustainable Development, mainly in its Objective 14, which points to the need to ‘conserve and sustainably use the oceans, seas and marine resources for sustainable development ”.

The oceans provide oxygen and food, absorb large amounts of carbon dioxide and other gases and regulate the climate on the planet, in addition to being used for recreation, tourism, transportation and world trade.

The national campaign for marine ecosystems, every September, began to be held in 2005. That time 12 environmental organizations joined, recalls De Obaldía of Fundación Promar. Today there are 64 institutions.