PNO.com visitors: Personal Plea to Aid in this cause for all of PANAMA. Protect the JAGUAR 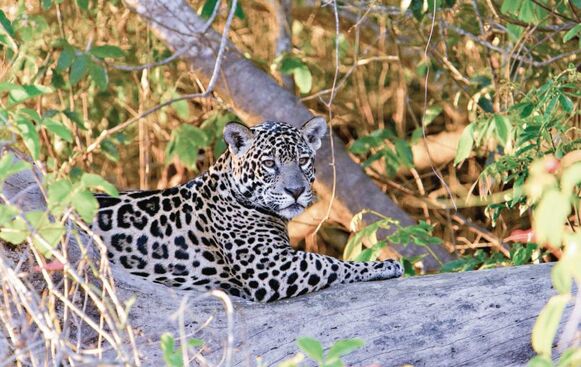 PNO.com is proud to support and solicit any and all people to be more aware of this cause. The Jaguar is the largest indigenous mammal in Panama, as well as being one of the strongest of the big cats. It has been considered since the days of the Mayan rule to be the “Protector of the Jungle”. But it has no chance in 2019 against illegal poaching without the help of all concerned people. I am one of them and hope that many others join in my support. There are many wildlife charities worthy of support. The culling of Turtle eggs which occurs all the time is another one.

But the future of the Jaguar is tenuous. Please read more and support:

Support for the protection of the jaguar in Panama
The campaign ‘The jaguar, the guardian of the forests of Panama’ has the support of the Ministry of Environment and the United Nations Development Program (UNDP) through the Small Grants Program, with the financing of the Fund for the Global Environment

At least 113 jaguars have been killed in Panama between 2015 and 2019, according to records from the Yaguará Panama Foundation, which recently launched a new campaign to promote the conservation of the largest feline in the American rainforest.

The jaguar, the guardian of the forests of Panama is the title of the campaign that highlights in a first and brief video the situation of the jaguars, reduced by the felling and the hunt in retaliation for the loss of cattle and other animals in contiguous communities to its habitat. Its role in the balance of the forest is also highlighted.

The jaguar is a species of tropical forest difficult to see.
The campaign, disseminated in social networks, aims to “make the jaguar visible as the true king of our forests and make known the close relationship that exists between humans with this wonderful species,” says biologist Ricardo Moreno , director of Yaguará Panamá researcher associated with the Smithsonian Tropical Research Institute .

After 20 years dedicated to the study of the big cat, Moreno is optimistic: “The jaguar is still in danger in Panama, but we have managed to see some changes, people have become a bit sensitized, that is a reality, there are more people who contact the authorities before killing a jaguar, this is very good. ”
Yaguará in dumbbell with the Ministry of Environment and other allies, works on management plans in 15 farms, have dealt with 128 cases of conflict between big cats and humans, in addition to the monitoring of the species with camera traps in the National Park Darién and awareness workshops and talks throughout the country.
Support for the protection of the jaguar in Panama
The campaign ‘The jaguar, the guardian of the forests of Panama’ has the support of the Ministry of Environment and the United Nations Development Program (UNDP) through the Small Grants Program, with the financing of the Fund for the Global Environment

Being at the top of the food chain in the American jungle, explains Moreno, jaguars regulate the populations of prey species (peccaries, deer, painted rabbits, etc.) that feed on seeds; this creates a balance that, if broken, would generate an excess of prey that would eat all the seeds of the soil and in 50 years or more the forest will not be able to regenerate. “Less forest equals less oxygen and less water.”