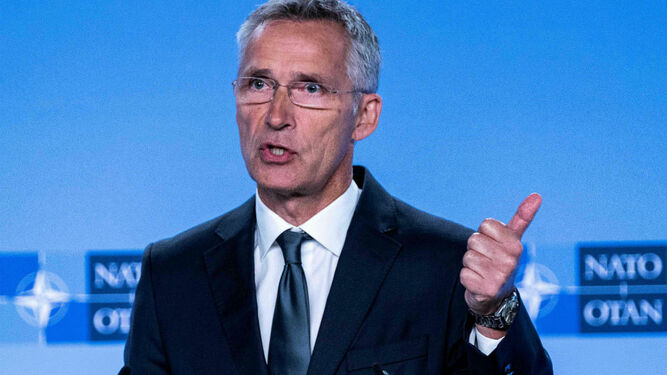 The United States and Russia ended the INF nuclear disarmament treaty on Friday, signed at the end of the Cold War, in a decision that rekindles the fear of an arms race between world powers.

The 1987 Intermediate-Range Nuclear Weapons (INF) treaty limited the use of intermediate-range missiles (500 to 5,500 km), both conventional and nuclear.

US Secretary of State Mike Pompeo announced the formal withdrawal of Washington in a statement at a regional forum in Bangkok, minutes after Russia declared the end of the treaty.

Both parties indicated for months their intention to withdraw from the treaty, exchanging accusations of breaking the terms of the pact.

“Russia is solely responsible for the disappearance of the treaty,” Pompeo said in a statement at the end of a meeting of Foreign Ministers of the Association of Southeast Asian Nations (Asean).

Shortly before Pompeo’s announcement, the Russian Foreign Minister said in Moscow that the treaty had ended “on the initiative of the United States.”

Russian Deputy Foreign Minister Sergey Riabkov also urged the United States to implement a moratorium on the deployment of intermediate-range nuclear missiles after leaving the INF.

Washington accused Russia for years of developing a new type of missile, 9M729, alleging that it violated the treaty, a position supported by NATO.

The missile has a range of about 1,500 km, according to NATO. But Moscow says it can only travel 480 km.

The Atlantic Alliance said on Friday that it rejected a new “arms race.” “We do not want a new arms race, but we will ensure that our deterrence is credible” in the face of the deployment of the new Russian missile system, announced its secretary general, Jens Stoltenberg.

“Russia failed to return to full and verified compliance through the destruction of its missile system,” Pompeo said, referring to the 9M729 ground-propelled cruise missile.

The White House launched a transition period of six months earlier this year to suspend its participation in the INF, which ended Friday. Shortly after Moscow began its withdrawal process, and last month Russian President Vladimir Putin formally suspended his participation.