Gladiator ” I will win the crowd”. Martinelli still has what Varela never could. 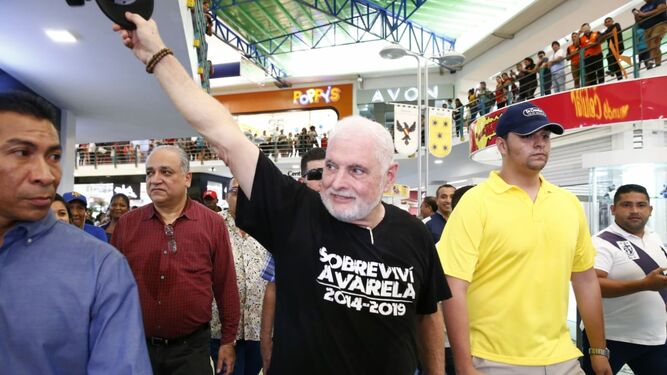 OP ED: by James “JB” Bryson– Yesterday he was looking at 21 years, today he is looking at shits and slacks. While some are claiming that justice did not prevail, I say that “justice” was not the issue here. Panama still needs to forge ahead to become a respected country in terms of politics, but Martinelli managed to do what most politicians fail at, and that is to continue to be adored long after his term ended. That speaks volumes. I lead with my quote from “Gladiator”. WIN THE CROWD!!!

This, after yesterday, Friday, the Court of Oral Trial in the case of “punctures” declared it – unanimously – not guilty of the crimes of monitoring and surveillance without judicial authorization, interception of telecommunications without judicial authorization, filed by subtraction and peculation of use, for which the prosecution accused him and requested a sentence of 21 years in prison in total.

The judges considered that the prosecution could not prove Luis García
This court was composed of judges Roberto Tejeira (president), Arlene Caballero (rapporteur) and Raúl Vergara (third judge).

Thus, the judges ordered that the precautionary measure of house arrest maintained by the former president of the Republic be lifted; however, the impediment to leaving the country remains.