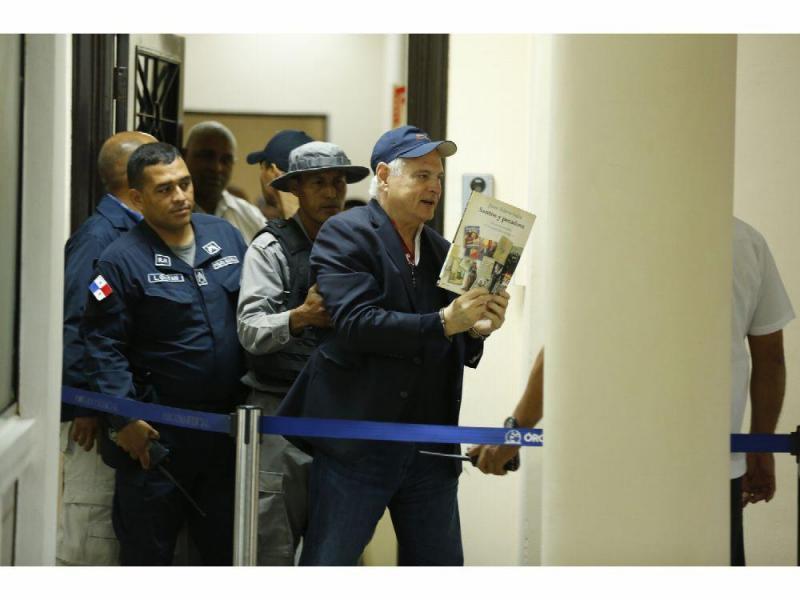 The Ministry of Government (MinGob), attributed Friday the transfer of the former president of the Republic, Ricardo Martinelli, to the Santo Tomas Hospital, to the refusal of the exmandatario to perform studies and ambulatory medical examinations, as planned, at the National Hospital .

Through a statement, the ministerial body indicated that “the prisoner Martinelli Berrocal was transferred from El Renacer Prison to the National Hospital at the request of his lawyers, however being there he refused to study for what they were done the coordination so that they could be practiced in Santo Tomás Hospital. “

EXPRIMERA DAMA DENOUNCES ABRUPT TRANSFER OF MARTINELLI TO SANTO TOMÁS HOSPITAL.
According to the wife of the first president, an unforeseen transfer was made from the National Hospital where special medical studies would be carried out, to Santo Tomás.

According to the letter, the transfer occurred after due coordination was made at the Santo Tomas Hospital to carry out the corresponding medical examinations.

According to the text, once the corresponding exams have been carried out, Martinelli will be transferred again to El Renacer Prison.

“The Penitentiary System informs that in respect of the rights of all inmates have taken the necessary steps and reiterates that it is fulfilling the request for practice of medical examinations in a public health institution,” reads the text.

Earlier, Marta Linares de Martinelli, exprimera lady, made known through their social networks that the transferred transfer was irregular, also blaming the Panamanian leader, Juan Carlos Varela, any impact on the health status of his spouse .