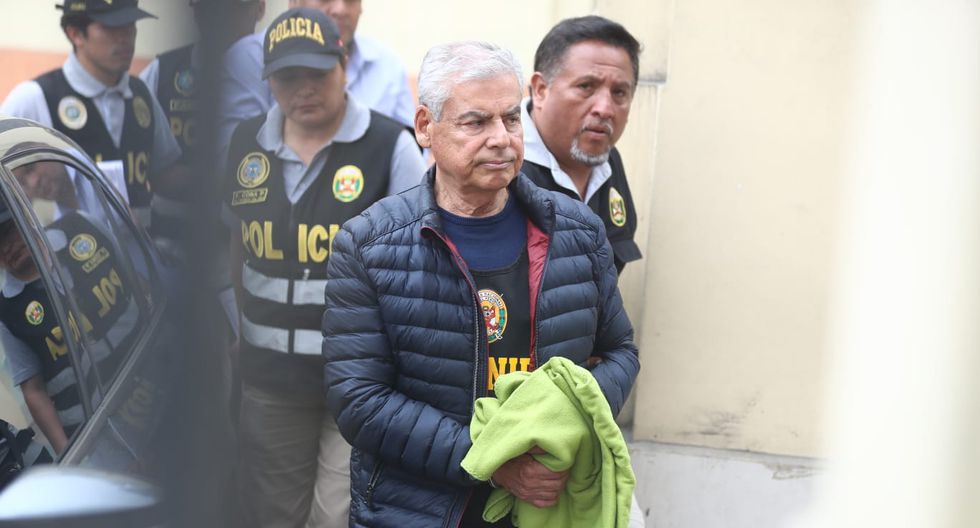 A judge sent César Villanueva , former number two of the current Peruvian government on Wednesday , accused of obstructing the investigations against him for allegedly receiving illegal payments from the Brazilian construction company Odebrecht a decade ago.

“I declare the request of the Prosecutor’s Office for 18 months of preventive detention against César Villanueva founded because there is a danger of escape, procedural risk and criminal repetition,” said Judge Jorge Chavez, of the Third Anti-Corruption Court, at the close of a two-day hearing.

Former Prime Minister Villanueva, 73, was not present in court, since he has been in a clinic for nine days, alleging various health problems.

Villanueva, who was during a number two year of President Martín Vizcarra , is accused of receiving illicit payments from Odebrecht for the concession of the San José de Sisa highway, while he was governor of the Amazon region of San Martín, a decade ago.

Since taking office in March 2018, Vizcarra has reached high levels of popularity for its crusade against corruption, one of Peru’s ills.

“The fight against corruption is a fundamental axis, no matter who falls, even if it is a high former official of this government,” Vizcarra declared before the Peruvian business elite on November 28, breaking his silence on the Villanueva case.

Two former bosses of the Brazilian company declared last August to Peruvian prosecutors in Sao Paulo that they paid Villanueva $ 60,000 while he was governor.

The former prime minister and ex-legislator was detained for a week in November and was already unable to leave the country for 18 months.

Together with him, businessman José María Santisteban and three prosecutors were arrested on November 23, with whom Villanueva joined to help him in the investigation of the prosecution.

For this, he is now also accused of influence peddling.

Judge Chávez said that the criminal reiteration of Villanueva was proven “because he sought to interfere in the investigation by seeking to contact prosecutors to help him.”

The anti-corruption prosecutor Germán Juárez said at the hearing that Villanueva “acted as an inducer to condition the prosecutors” in order to avoid justice.

Villanueva, who has always denied Odebrecht’s illicit payments, was a face of the anti-corruption fight while he was prime minister of Vizcarra, between March 2018 and March 2019.

At the beginning of 2018, Villanueva jumped to the forefront as one of the promoters of a second attempt of impeachment against the then President Pedro Pablo Kuczynski (2016-2018) for his links with Odebrecht.

Villanueva’s lawyer, Segismundo Suarez, said he will appeal the ruling because he does not respect the “presumption of innocence” and said there is no danger of escape from his client, because he “is in a clinic in Lima for” a stroke. “