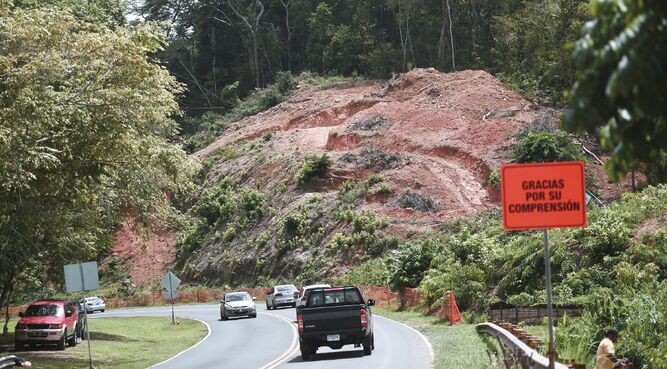 The country lost 352 thousand hectares in 18 years
The province with the highest forest loss between 2000 and 2017 was Darién. There, during the last years, several denunciations have been presented for illegal logging.

The country lost between 2000 and 2017 about 352 thousand hectares of forests, due to activities such as agriculture, logging or construction. This figure is equivalent to the total extension of the province of Los Santos (380 thousand hectares) and exceeds that of Herrera (234 thousand 100 hectares).

The information was provided by the Environmental Advocacy Center (CIAM) , which uses data from Global Forest Watch as a reference, which offers technology and tools so that people, communities and countries can know the state of their forests in an updated manner.

When the scenario is looked at by provinces, that of Darién is the most affected by the loss of forest cover. There disappeared 93 thousand 500 hectares in the same period (2000-2017). In fact, in recent years there have been several reports of illegal logging of primary forests in that region.

Reports from the Ministry of the Environment show that 97% of the wood that has been deforested in clear violation of the laws comes from that province.

After Darién, the region that has lost the most forests is the province of Panama. In this area, 51,900 green hectares have disappeared.

There are natural parks and protected areas such as the Chagres Natural Park, the Camino de Cruces Park, the protected wetlands of the Bay of Panama and the natural forests of Bayano, where hectares of forests have also been deforested, even with the permission of public institutions .

For Isaías Ramos, CIAM biologist, the information presented by Global Forest Watch shows what has been happening in the management of nature in the last two decades.

In his opinion, there is no “concrete environmental order”, nor any real political will on environmental issues, which goes beyond the signing of international agreements or the photos of the moment by the authorities when they plant trees in the country.

According to Ramos, the loss of vegetation is shown in different ways throughout the country. For example, he said that it occurs because of the permissiveness of state entities that allow construction without planning, livestock, agricultural, forestry or mining activities.

“There is also high-impact tourism in fragile areas, without contemplating beyond the economic return of the moment and ignoring the consequences of each of these actions on the environment,” he added.

Finally, he stressed that this occurs “in the shadow” of a community that in most cases does not know what is happening, its rights to a healthy environment and the repercussion it will have on future generations.

In turn, Susana Serracín, of the Alliance for Conservation and Development, described these statistics as “chilling”, and said that they denote that one thing is what environmental regulations say in forestry and another thing that man causes To the environment.

“I think it is clear that something is very wrong with environmental authorities and decision makers in the country, who give green light to harmful activities and projects,” he said.

Serracín used as examples the case of the extension on Omar Torrijos avenue, carried out by the Ministry of Public Works, and where 13 hectares were cut down within the Camino de Cruces park. In addition, he referred to deforestation in Darién with little control.

He also regretted that Panama is a signatory of international agreements such as the Biodiversity Agreement, and that there are regulations such as Law No. 24 of June 1997, referring to wildlife, and others that are now dead letter. “It’s not about stopping development, but we have to be in harmony with respect for the environment. Not everything is money, “he said.

The country lost 352 thousand hectares in 18 years
Sempris, in the sights

The Environment Minister, Emilio Sempris, has been one of the most questioned officials in this government administration, precisely because of the approval of environmental studies that have allowed the deforestation of several hectares, especially in the center of the city of Panama.

However, Sempris noted that most of the hectares deforested and registered in Global Forest Watch occurred before 2014, although there was a rise in 2017, according to the same report. “With the new Forest Incentives Act of 2017 and the Alliance for the Million Hectares, Panama is finally on track,” he said.

Sempris made reference to the fact that the Alliance is looking to plant one million hectares in 20 years, which will help to recover the forests of all of Panama.

“Previously, the conversion of forest to grass for livestock was financed. Now, we have an Incentive Law that funds 100% of the plantation of native species, “he said.

Data from this ministry point out that if the Alliance’s reforestation ends, the forestry sector will have contributed between $ 3 billion and $ 6 billion in gross domestic product in 20 years, and will have generated thousands of green jobs in communities where the vegetation cover lost in the last 70 years is regenerated.