Panama bets on marine connectivity as a determining factor for ocean governance by providing oceanographic, demographic and genetic data to the international community that allows, with a solid scientific base, greater coordination and joint work for the conservation and sustainable use of the sea. “At COIBA AIP we study connectivity in all its dimensions and scales to establish zones of gene exchange, demographic and oceanographic connectivity that allow decision makers effective cross-border management, which is essential in open, multidimensional and some cross-border populations such as marine populations.We are convinced that the study of connectivity can be that tangible link between marine science and ocean policy!” said Dr.

Connectivity is the main feedback mechanism for biodiversity and our country, as part of the marine corridor of the eastern tropical Pacific, has much to contribute; since the values ​​​​of diversity and connectivity allow us to make predictions of centers of origin and centers of accumulation of marine diversity in an area or region, said Dr. Díaz Ferguson during a presentation in Korr, Palau during the conference “Our Oceans”

This new trend in marine governance seeks a redefinition, monitoring and creation of marine protected areas based on connectivity data; since 70% of marine organisms have larval development or migrate at some stage of their life history. The elaboration of new policies having science as a decision-making tool will help to understand the management of the ocean, its populations, the sustainability of ocean resources and to carry out periodic evaluations of its dynamics.

Marine connectivity is defined as the exchange of genes, juveniles and adults between geographic or oceanographic areas. Marine organisms have no physical barriers to stop their movements are transnational; therefore, its management must be related to its migrations, its movements in all stages of development and the size of its population.

Marine governance is basically that science that allows all the actors that make use of marine resources, in this case the ocean, to be represented and make coordinated efforts to deal with the main problems of the ocean, learn more about the ocean and be able to make use of this ecosystem without exerting a negative impact on renewable and non-renewable natural resources. This facilitates marine spatial planning and better use of the ocean through a blue economy; however, it is necessary to understand the systems, their diversity and connectivity to establish effective governance, especially when it is cross-border.

The Coiba AIP Scientific Station, since its inception, has proposed as an institutional goal to study connectivity at its different levels and dimensions, from genes to ecosystems. In such a way that this information can be used in the future by local, subregional and regional decision makers to establish, redefine or create new protected areas.

It should be noted that Panama recently obtained the presidency of the Eastern Tropical Marine Corridor (CMAR) which consists of a network of marine protected areas that includes Costa Rica, Panama, Colombia and Ecuador; countries that make up the Marine Corridor.

This network was taken as a reference in the last conference by world leaders as a model region of effective management that can be carried out between neighboring nations, becoming a world reference and an example of transnational governance when marine populations were traditionally managed locally. The connectivity data that Panamanian scientists currently contribute to this network will further consolidate and strengthen teamwork between these four countries.

This presidency passes every three years to each country, in these three years it is up to Panama to initiate that responsibility of leading the operation and proper management of this marine protected area considered one of the greatest in diversity on the planet. 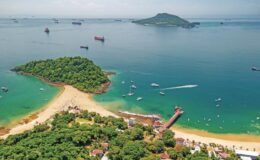 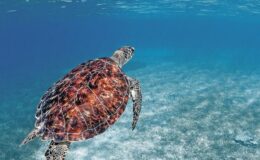 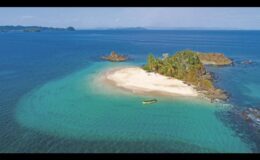 GD!!!  Lately I have been giving some props to the Panamanian government in regards to what was seemingly a refreshing upbeat take on environmental issues. Then I READ B.S like this and it just sets me back. The Ministry of the Environment (MiAmbiente) alleged that the four licenses for fishing …