Martinelli wearing out welcome at El Renacer, transfer being considered. 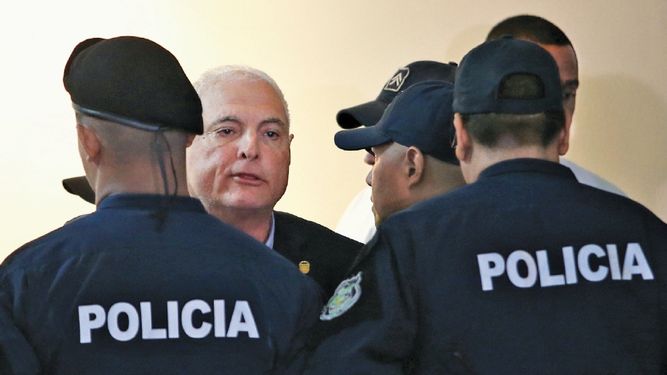 The disciplinary board of El Renacer prison will meet to take the measures that will be imposed in relation to the case of former President Ricardo Martinelli , who has been detained in a preventive manner in this jail since last June.

Martinelli challenges norm; is locked with women
New scandal in El Renacer: Martinelli threatens custodians
This was announced on Monday, October 1 by the Minister of Government, Carlos Rubio, who explained that the measures range from the suspension of visits to the transfer to another penitentiary.

“That decision is probably taken today,” he said.

The official reiterated what was reported in a statement issued by the Mingob, through the General Directorate of the Penitentiary System, when qualifying as a “serious” fault the action by Martinelli. Yesterday, the entity announced that Martinelli “disregarded” the prison law by issuing threats of assault to the custodial staff and breaching orders issued by the authorities of the penitentiary system.

According to Rubio, the ex-governor insulted a custodian and invited him to fight. “The custodian has to be respected,” he said.

One source also told this newspaper that Martinelli received two visits separately and in both cases locked himself in, defying the orders of the custodians.

In this regard, Rubio indicated that no prisoner can meet alone with anyone, whether he is in Martinelli’s condition or in other prisons or cells.

“Of course they have the right to privacy with their lawyers in order to guarantee the right, but if the instruction, and the people are not lawyers, is that it can not be done, it simply has to be fulfilled and that was another of the indisciplines that Martinelli showed, according to the report of the penitentiary system, “he added.