Martinelli sons no longer detained in US, Immigration judge has granted bail 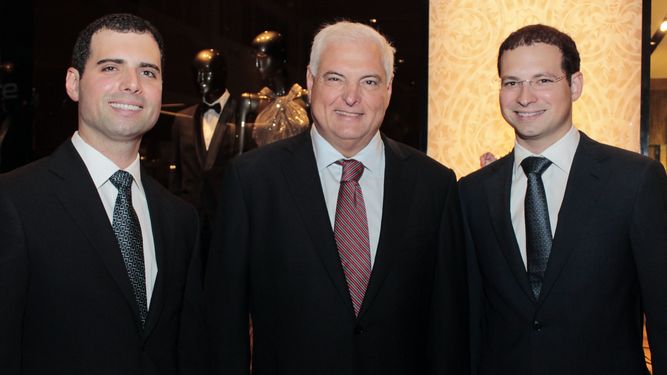 Ricardo Alberto and Luis Enrique Martinelli Linares will continue in the United States, where a migratory judge set the bail of release for each one in one million dollars.

Migratory hearing of the Martinelli will be behind closed doors
Brothers Martinelli Linares:

From Coral Gables to the Everglades
Martinelli Linares brothers will appear before judge Adam Opaciuch on December 4
Martinelli Linares brothers must appear before immigration court
The immigration judge Adam Opaciuch held a hearing on Tuesday, December 4, but did not take any final decision regarding the deportation or extradition of the two sons of former President Ricardo Martinelli . The journalists could not enter the hearing, since it was held “closed” to the public, at the request of one of the parties.

Judge Opaciuch called a new hearing on December 27 at 8:30 a.m., in the Krome detention center, in southwestern Miami, where the two brothers entered on November 20, after being captured by agents of the Immigration and Customs Enforcement ( ICE ), from the US Department of Homeland Security , near the family mansion located at 6919 Sunrise Terrace, Coral Gables . The area, known as Cocoplum , is one of the most opulent in the city. The 6919 mansion was acquired by the former president for $ 8.2 million.

In ICE, they did not specify what percentage of the bond should be consigned and whether the release would be immediate.

The next appearance before Opaciuch will also be in Krome, where both will be detained if they do not pay bail. If the bond is paid, the hearing will be held in the Immigration Court located in downtown Miami.

In the records of the Immigration Court it appears that the case of the Martinelli Linares is ” pending ” of failure.