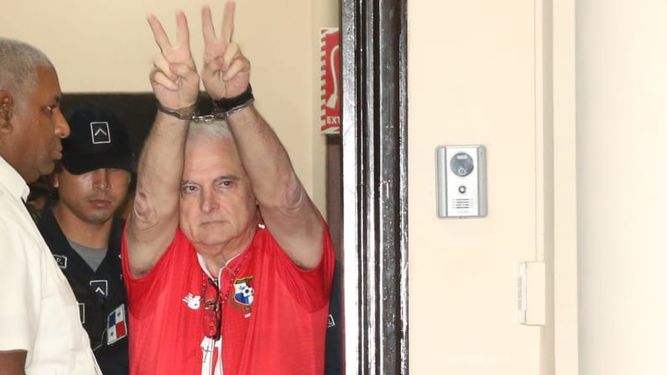 The Ministry of Government (Mingob) reported that to date the Directorate General of the Penitentiary System has not received documentation from Ricardo Martinelli , detained in El Renacer , which requires the authenticity established by the procedures for verification of signatures.

Former President Martinelli maneuvers to delay court proceedings
Chronicle of a resignation announced
Supreme Court rejects two writs of ‘habeas corpus’ in favor of Martinelli
The Foreign Ministry announced yesterday that it had received a letter from the ex-ruler, in which he communicated his “irrevocable” resignation to the Central American Parliament (Parlacen) . But he clarified that the note did not have the signature of the director of El Renacer.

“The administrative procedure requires that this kind of documentation issued by a prisoner who is under the custody of the Penitentiary System and that has legal effects, must be certified by the director of the penitentiary center where the person deprived of liberty is located”, highlighted the Ministry of Government.

The director of the center, through his signature, attests that in fact it is the rubric of the person who issues the document, later it is signed, dated and stamped by the general director of the Penitentiary System, the Mingob added.