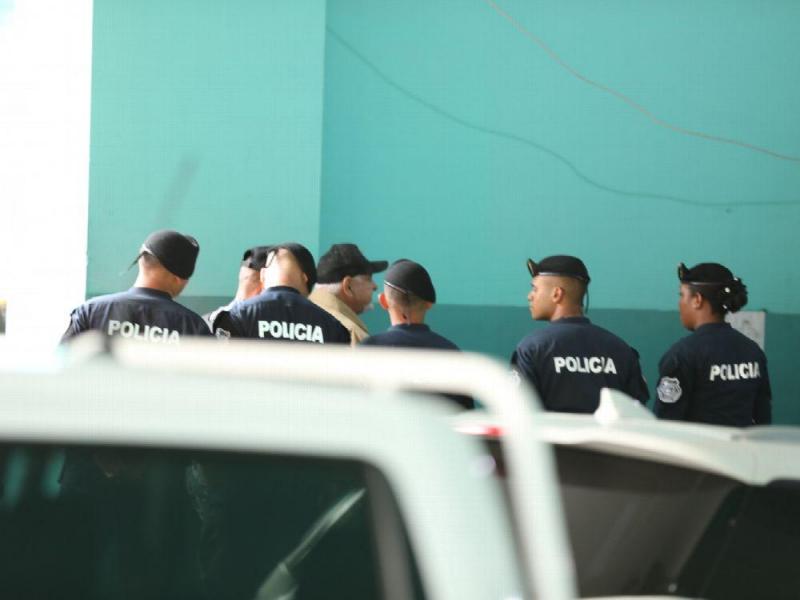 The expert witness Luis Rivera Calles, key witness of the Office of the Prosecutor in the oral trial against former President Ricardo Martinelli for the case of telephone taps, acknowledged yesterday in the oral trial more than 20 files that were opened from the compact disc in which was compiled the email information ‘brad.pty507@gmail.com’ that contained the material of the surveillance and illegal interventions that Martinelli allegedly ordered through the National Security Council.

More than 78 of the 190 documents that must be recognized by the expert Rivera Calles were evacuated.These files are in the compact disc Maxell gray color that had the seal broken, fact to which the prosecutor Ricaurte González has played down, since Rivera Calles has recognized the documents that were shown yesterday, the participation of the Ministry has been successful Public, said the prosecutor.

Yesterday’s session was extensive. It began with an hour late, at 3 o’clock in the afternoon, due to a delay in the arrival of the expert Rivera Calles and former President Martinelli. At about 6:00 p.m., there was very little advance.

The first part was occupied in a motion of the defense to allow the exmandatario to be absent one day a week, as recommended by the internal medicine specialist of the Santo Tomas Hospital, Gaspar Arenas, who issued a medical prescription to be allow Martinelli not attend the hearing one day a week to avoid the deterioration of their pathologies, the day decided by the court.

Martinelli’s defense requested that it be established on Wednesday. The court urged the parties to reach an agreement, but it was not possible.

The prosecution fixed his position that he would respect the right to medical care of the accused, requested that Martinelli be sent to the Institute of Legal Medicine so that it is this entity that endorses and certifies if this measure is truly necessary for the health of the accused. “Today there was talk of a new situation in which physicians should be the ones who should give us the opinion and if it is viable, if the measure is necessary,” the prosecutor said.

However, during the course of the hearing there was a strong discussion between Carlos Herrera Moran, a prosecuting attorney; and Ronier Ortiz, defender of Martinelli.

Everything arose when the doctor of the Penitentiary System tried to sustain the diagnosis that Arenas had issued and they had to give him water.

It was when Herrera Morán whispered that the doctor was sicker than the prisoner, which took out one of the defense lawyers and the judge intervened asking for order in the courtroom, printing strength to the hammer, which broke into two pieces.

If anyone had doubts about the firmness in the process, the presiding judge of the High Court of the Accusatory Penal System, Roberto Tejeira, there is the answer.

The plaintiff lawyer Eliodufo Palacios, lawyer of Balbina Herrera, explained to this newspaper that Martinelli was evaluated on the morning of yesterday by a specialist in internal medicine at the Hospital Santo Tomas, who performed a scintillation and found a small cyst in the cortex of the kidney.

The doctor warned that if the growth of this cyst presents difficulties in renal function, along with heart problems that among other conditions result in poor blood circulation, decompensation can occur. For this reason, the doctor determined that Martinelli would require one more day of rest.

On another issue, defense lawyer Carlos Carrillo said that the addendum signed by Panama and the United States to the Extradition Treaty seems a measure with its own name against his client, since the former president was extradited to Panama on June 12. , under the specialty principle; that is, he can only be judged for the crime that the country required.

The defense fears that this new addendum allows Martinelli to be judged for four other crimes. “It is not the first time that the rules with which Ricardo Martinelli is judged have varied contrary to the principles of criminal law,” said the lawyer.

However, a diplomatic source indicated to this media that this exception to the specialty does not apply retroactively and is not related to the case of the exmandatario.

The Governments of Panama and the United States, according to a statement from the Ministry of Foreign Affairs published on Monday, signed an exchange of letters on the specialty principle contained in the current Extradition Treaty signed between the two nations in 1904. On the initiative of the US authorities, considered the need to define in a coordinated and transparent way the mechanism to request and grant an exception to the Rule of Specialty, in order to avoid impunity and promote justice between both countries.