Journalists claim bias and “violations” in coverage and access to Martinelli 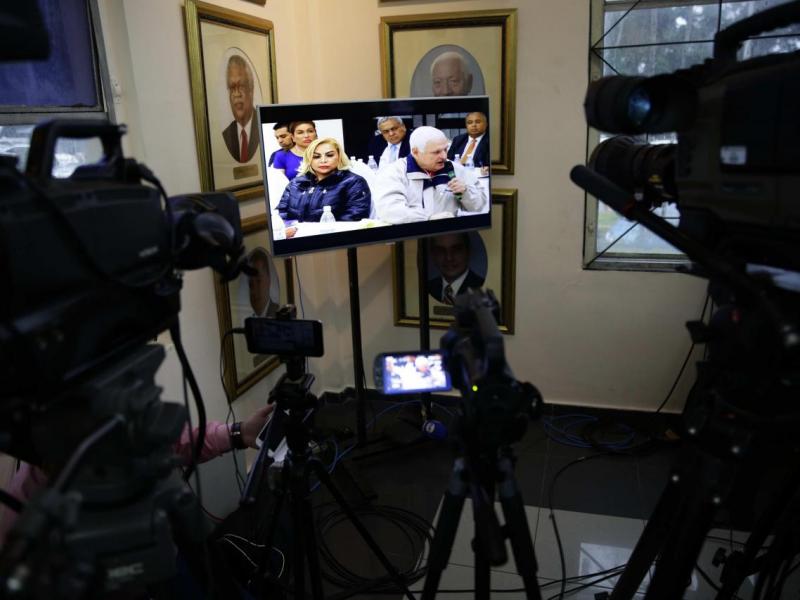 Two associations of journalists in Panama denounced today that the Police prevented two local channels from covering the former President Ricardo Martinelli, in preventive detention for alleged espionage, which constitutes “a serious and unacceptable violation of fundamental guarantees.”

The National Council of Journalists and the Forum of Journalists for Freedom of Expression and Information explained that the National Police “retained” the TVN and Telemetro television sets that were covering Tuesday the transfer of Martinelli del Supremo to the jail where he is arrested, “preventing them from completing the coverage and removing their personal identity documents”.

“Given the facts, it is mandatory to demand clarification from the Ministry of Public Security and the new authorities of the National Police to ensure their commitment to the free exercise of journalism and the right of access to information,” said the unions in a joint statement.

The statement of the police on the incident with journalists, added the associations in the text, “is even more worrying when trying to justify an action obviously arbitrary by citing the high profile of the detained citizen and a generalization that makes every driver of a motorcycle on suspicion “.