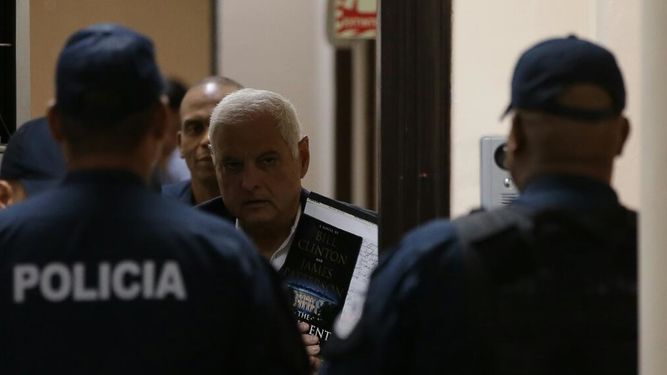 The legal defense of former President Ricardo Martinelli asked magistrate judge Jerónimo Mejía to declare “unlawful” the testimonial evidence of the person named as “protected witness 1” after alleging that he does not meet the “form and substance”.

Fiscal magistrate Harry Diaz responded that the former governor’s defense. He added that the figure of protected witness should be maintained due to the series of threats that even he would have received.

He recalled that he has received warnings that if he wins the Democratic Change (CD) elections – next year – he should leave the country.

He also referred to a claim for about $ 5 million filed against the director of El Renacer.

Prosecutor Díaz said he can conclude that “the life of the protected witness is in danger.” And he finished: “I do not want another case like Vernon Ramos.”

The lawyer Carlos Carrillo, from Martinelli’s legal team, also asked to speak. He confirmed that a complaint has been filed against the official, but denied that his client represents any threat.