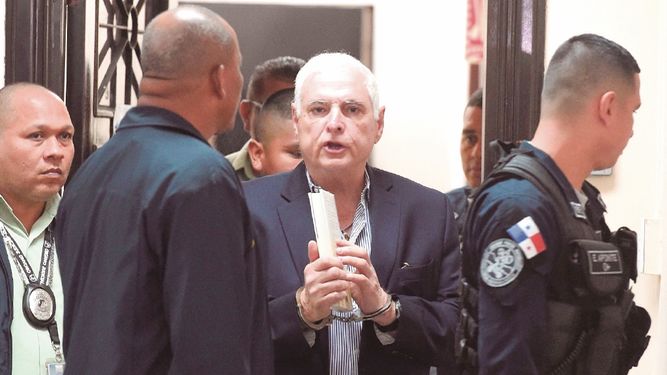 Carlos Herrera Morán and Mitchell Doens , defense counsel and victim, respectively, in the case of the punctures, revealed that former President Ricardo Martinelli offered up to $ 75,000 to the plaintiffs as part of a compensation agreement for the victims.

Oydén Ortega issues draft ruling in favor of Martinelli
Martinelli approaches victims of punctures for agreement
They present new ‘habeas corpus’ in favor of Ricardo Martinelli
Ricardo Martinelli is discharged from Santo Tomás and returns to El Renacer
Herrera Morán , defender of Mauro Zúñiga – victim of eavesdropping – said that the complainants indicated to the former president that the base figure of the agreement had to be $ 1 million for each one, but Martinelli replied that he preferred to give $ 1 million to each magistrate of the Court .

On the other hand, for the denunciation of a court ruling negotiated by the Public Ministry , Lina Vega , of the Foundation for the Development of Citizen Liberty , said that the country has failed in the reconstruction of justice, and the PRD presidential candidate Laurentino Cortizo pointed out that the Public Prosecutor’s Office must advance the investigations independently and objectively.