Amazing how the CURRENT and potential FUTURE President are avoiding ODEBRECHT. (Varela-Roux) 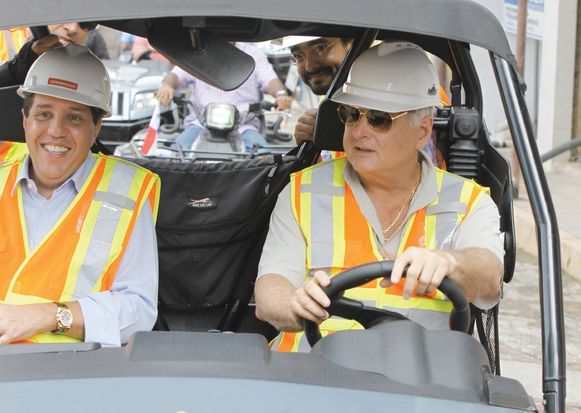 So far, the defendants in the Odebrecht case number just over 70 people. None of them is former President Ricardo Martinelli , although his sons, Ricardo Alberto and Luis Enrique Martinelli Linares do appear.

Who will judge Ricardo Martinelli in the SPA?
Decision of the Court gives way to impunity: civil society
‘Mistrust in justice deepens’
‘Ricardo Martinelli is right: in this country, everything has a price’
CSJ declines jurisdiction of the Martinelli case before the trial court of the SPA
But is the ex-governor exempt from all the payments that Odebrecht made as bribes, as the protagonists of the story have revealed in Panama and Brazil?

The former president negotiated the payment of the political advisors of the campaign of his Democratic Change party (CD) in 2014. These advisors would have accepted the payment of the money that would come from Odebrecht. And there is evidence that the Brazilian construction company paid, probably with money from works of the State that was building.

On the other hand, their children have been pointed out by various informers as receivers of tens of millions of dollars, whose consideration consisted of expediting the payments of state works that Odebrecht was advancing. How could they, without being officials, guarantee these payments to the Brazilian company?

Former President Ricardo Martinelli – who can now be investigated and prosecuted by ordinary justice – played a leading role in negotiating the money that Odebrecht handed over to the 2014 Cambio Democrático (CD) campaign. This has been demonstrated, among others, by the ex-superintendent of the Brazilian company in Panama, André Rabello , as well as the spouses Mónica Moura and Joao Santana , advisers to José Domingo Mimito Arias , former presidential candidate of the then ruling party.

Of the $ 21 million, $ 4.5 million would be paid by CD and the “propaganda agencies that served the Government, covering works, effectively done, advertising the Martinelli government, with electoral effect on the campaign.” And to seal the deal, the first $ 500,000 “were delivered to Mónica Moura by President Martinelli himself, directly in his office, at Palacio de las Garzas.”

The other $ 4 million would be canceled through contracts signed by Rómulo Roux and Mario Miller , representing CD. How would the remaining $ 16.5 million be paid? “On that occasion […] President Martinelli informed Moura that he had already negotiated with André Rabello […] that he would pay a large part of the values ​​of the campaign – unofficial values ​​-, with a view to […] that the official [values] would be paid for the party [CD] and for the Government, “said the informer.

In other words, Martinelli would have planned with Rabello the payment of millions of dollars for the 2014 campaign, which, moreover, would not be declared to the Electoral Tribunal. When he addressed the issue of the cost of the services of the Santana-Moura couple, Martinelli would have already tied the “contribution” of Odebrecht. But where would the money come from to pay for this expensive campaign?

Payrolls from the so-called Structured Operations Sector – or Caja 2-, through which Odebrecht channeled the bribes to numerous Latin American officials, can provide a clue. But for this it is necessary to know that Odebrecht operates a concession in Panama: the Madden-Colón highway, which added addenda that caused the work to end up costing some $ 130 million more than agreed.

With these additions, the total recoverable amount of the concession in favor of Odebrecht amounted to approximately $ 630 million.

As already mentioned, Moura negotiated the cost of the campaign directly with Martinelli in a meeting in which Rabello was also present. And that money -product of the payment of bribes- could have left the concession of Madden-Colón or its addenda.

The funds came from the so-called “Corredor Colón” (motorway concession). The money was requested by “SD Panama (André Rabello)” and assigned to “Águia” in all three cases. But those payments – at least two of them – were linked to an account called Paulistinho.

According to María Lúcia Tavares , a collaborator of the Structured Operations Sector -and a key person who received the award program awarded in Brazil-, this account was used by the company to pay bribes for works abroad.

In the weekly program of payment of bribes of the Drousys system there was a column of “observations”. In the case of these last three payments to “Águia” there are notes related to a person identified with the alias “Feira” (fair in Portuguese).

That alias corresponds to Joao Santana, the strategist of the campaign of Mimito Arias. The instructions provided by the system were to deliver money – in reais or dollars – to “Feira”.