#1 watchdog delivers another “F – You” to the Assembly. Panama will miss Humbert. 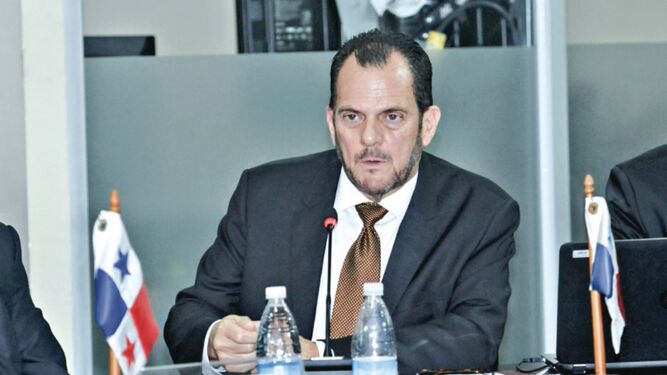 Deputies and former deputies of different political parties in the country are mentioned in the audits delivered by the Comptroller to the Public Ministry (MP) on the management of contracts and donations from the National Assembly.

For example, the documents include Adolfo Beby Valderrama, Luis Eduardo Quirós, and Katleen Levy, ex-deputies of the Panamanian Party.

It is also linked to Rubén De León , and Alfredo Fello Pérez, former deputies of the Democratic Revolutionary Party (PRD). The president of that party, Benicio Robinson is another of those mentioned.

Also on the list is the former president of the Legislative, Yanibel Ábrego , of Democratic Change; and the former deputy of that political group, Raúl Hernández .

The documents delivered to the Anti-Corruption Prosecutor’s Office reveal, among other things, that 29 thousand 405 contracts were awarded for $ 113 million.

Many of the 87,864 checks issued, according to the audits, were deposited in the accounts of deputies, and of officials who worked in the Assembly, but who, at the same time, worked in other companies.

The delivery by the Office of the Comptroller General of the Republic to the Anti-Corruption Prosecutor’s Office of 24 boxes containing audits with alleged irregularities for $ 113 million in contracts granted by the National Assembly to more than 14 thousand people will allow the reopening of this case.

Judicial sources revealed that these are audits carried out between July 1, 2014 and December 31, 2016. That includes 29 thousand 405 contracts for professional services in the amount of $ 113 million.

These contracts benefited 14,976 people, for whom 87,864 checks were issued. The findings reveal that many Panamanians maintained more than one contract with the Legislative Body.

The audits also analyzed 5,728 donations in the amount of $ 15 million. Among the anomalies detected by the Comptroller in this area, there is the fact that some of the donation checks were found in the accounts of some deputies.

Several of them were quickly changed to get the cash in a short time. This operation would have involved personnel working in the Assembly and individuals.

Another of the findings of the investigation conducted by the Comptroller is that some checks were exchanged after the death of one of the beneficiaries. In addition, multiple checks were deposited massively in the bank account of the same company.

While others went to the accounts of a company in which he had a deputy director.

Among those mentioned in the audits are: the former president of the Assembly, Yanibel Ábrego, of Democratic Change (CD); Panamanian ex-deputies Adolfo Beby Valderrama, Luis Eduardo Quirós, and Katleen Levy.

In addition, there is the deputy of the Democratic Revolutionary Party (PRD) and president of that party, Benicio Robinson; and the ex-deputies of that group, Rubén De Léon, and Alfredo Fello Pérez.

Another that joins the list is Raúl Hernández, former CD deputy.

The Public Ministry opened the case following a complaint filed in April 2017 by the Foundation for the Development of Citizen Freedom, a Panamanian chapter of Transparency International.

However, the case had been filed on an interim basis due to lack of audits.

The complaint was filed following a series of journalistic publications of this medium, which revealed anomalies in the appointments of professional services personnel and donations from the Assembly.