This was fairly hidden from Ex-Pats. At least this one…. 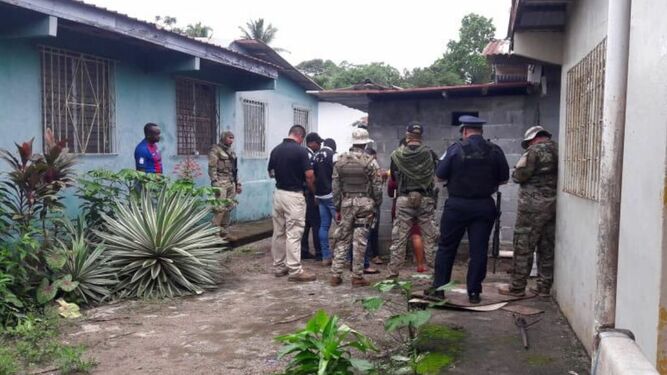 OP ED: “JB” Bryson- There is not much scientific to what I post here daily. I generally peruse the local papers in English format and find topics that I want to opine upon. Not rocket science. I was alerted to this story by some readers in America, and found it odd it escaped my radar. Especially in light of it being in Colon and my recent writings on tourism. I am finding that some stories that appear in bold in the Spanish versions of the media are not equally promoted in English. I may be reaching here, but not grabbing this one bugs me. It more or less is what I want to inform people about when coming here. I am certain that NOBODY envisioned being boarded upon by essentially a canoe in the middle of the tropical jungle,

The capture of six people allegedly involved with a case of robbery and rape of two foreigners in Nombre de Dios, province of Colon , occurred on Tuesday, November 12, as part of an intelligence operation developed by the security forces.

Days before, a satellite phone and two iPad had been recovered that had links with the victims of the sailboat, while it is expected that in the next few hours they will be sent to the criminal accusatory system of Columbus.

inRead invented by Teads
The dawn of Saturday, November 9, hooded and armed people who were transported in a craft boat, assaulted the crew of the Alíbaba, a 40-foot sailboat. They also sexually abused two women, who received medical attention at the health center in Portobelo and filed the complaint in the capacity of this community, immediately giving operations for their capture.

The ship, in charge of Captain Jorgen Brevik, left Norway last September to take a tour that would take them to countries such as Spain, Portugal, Chile, Argentina, Brazil and Panama, among others.

This fact was repudiated by the mayor of the district of Santa Isabel, Pablo Salazar, who regretted that the tourists were outraged, affecting the image of the residents of the coastal communities.