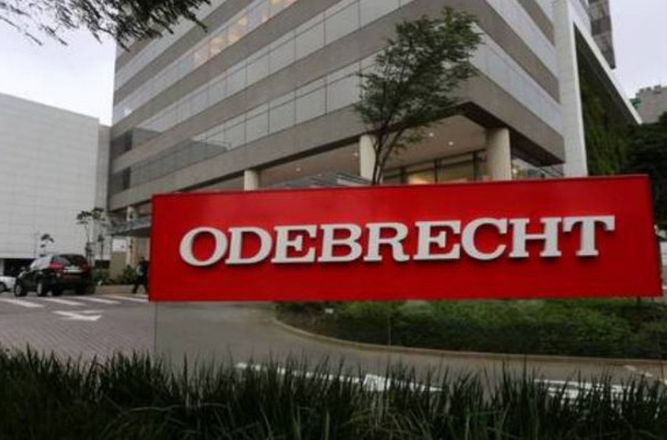 The MEF and the Public Ministry, entities that must provide information on the payment of the fines imposed on the construction company Odebrecht, do not do so or do not find the figure in their records. The company is inhibited from giving statements about it

Neither the Ministry of Economy and Finance (MEF) nor the Attorney General’s Office specify the amount of money that has entered the state coffers, as a result of the fines that the construction company Odebrecht promised to pay in the effective collaboration agreement signed On November 9, 2017, between the Special Anti-Corruption Prosecutor’s Office represented by Zuleyka Moore, the construction company Odebrecht and three former directors of the company, an agreement approved in audience by the Twelfth Court headed by Judge Oscar Carrasquilla.

Knowing this figure is going through a complex maze, despite the fact that it is a sentence that should be public, like all sentences in the country.

The aforementioned agreement exempted the former executives of the construction company André Rabello, Olivio Rodríguez Junior, and Luiz Eduardo Da Rocha from any act of investigation. Likewise, a collaboration agreement was signed with the companies Norberto Odebrecht, SA, and Constructora Norberto Odebrecht de Panamá in which a fine of $ 220 million was imposed, which they had to pay within 12 years. This would indicate that to date, the government had to have received $ 54.9 million corresponding to the years 2017, 2018 and 2019.

An inexplicable reserve prevails, not only in terms of the amount paid, but also the publication of the content of the collaboration agreement, a topic that we will address in a second installment.

Does not include payments

In early July, this medium asked the aforementioned entities to disclose the amount in question, and in such case, to accompany the response with the supporting documentation. The same concern was made simultaneously with the company. The latter replied that the legal team would not rule on it. They argued that “it is an agreement that is handled with the legal part and the Public Ministry.”

The responses of the MEF, as well as the Public Ministry, were distributed in a kind of ‘ping pong’ in which the information bounced from one to the other.

On July 13, the MEF offered a first response, to some extent hesitant: “According to the Ministry of Economy and Finance, the Directorate of the National Budget has not contemplated in the spaces of the income budget, resources derived from paid funds to the State by the company Constructora Norberto Odebrecht, SA for the fiscal periods 2017, 2018 and 2019, nor does it have official information communicated by the competent judicial authorities on the matter. ”

In the words of an expert on the subject, what the MEF means is that “it has not received the money from the fines.”

It is strange that the institution has not detected at least the first payment made by the construction company on February 15, 2017, from a BAC account for $ 10 million, which was deposited in account number 10000181729 of the National Bank.

It is a subaccount called ‘Custody Account in the National Bank’ that receives the deposits of the apprehensions made by prosecutors and judges throughout the country. According to the 2017 MEF report, in which it dedicates a complete chapter to the Directorate of Administration of Apprehended Assets (DABA), as of October 30 of that year it had a balance of $ 8,597,369.75.

The MEF explained to this medium that the State manages a Single Treasury Account, which in turn has several subaccounts. In the case of DABA, the money that is deposited in the Treasury’s sole account goes to the custody subaccount. “That money cannot be disposed of in use until the fate of the process is decided by the competent court, since it could be ordered to be returned to the accused,” the entity described.

But in the case of the construction company’s fines, when verifying Law 4 of 2017 that gave life to the only collaboration agreement made in the inquisitorial system, that is, that of Odebrecht, it is established that “once the agreement is approved, the judge of the case will proceed to pass sentence, and if convicted the penalty will be imposed. This means that the money from the fines is no longer part of the custody, and must be in control of the State.

In the case at hand, with the signing of the effective collaboration agreement, the directors of the company were criminally exonerated in exchange for the denunciation and the pecuniary penalty of $ 220 million. For lawyers this is an enforced sentence. “There is no reason to keep in reserve whether or not payments have been met,” specifies the president of the Bar Association, Juan Carlos Araúz.

The Public Ministry replied with an ambiguous response: “Through the compliance section of the Anticorruption Prosecutors, compliance with the Odebrecht agreement has been followed up. To date, the documentation that accounts for compliance with it is maintained.” , does not certify that the payments have been made, nor does it deny it, it only suggests that there is a follow-up and in turn does not provide documentation to accompany the response.

Once the newspaper received the response from the MEF, in which apparently no payments had been registered, we insisted with the company to find out if they repeated their version, in the event of a possible breach of the agreement. However, they persisted that they would not make statements in this regard.

This medium returned to the MEF after receiving the response from the Public Ministry, which allegedly follows up on the payment of the fines. So the MEF varied the version. He indicated that “possible payments made by the aforementioned company have been detected and that they are presumably related to the criminal court within the criminal process followed by said company.”

This still does not mean that they have placed the fines in the DABA subaccounts or in any of the four custody subaccounts under the control of this division. He does not speak of exact figures, but of possible ones. In the event that the company has made the payments, as suggested by the Public Ministry, why is the amount not reflected in the Single Treasury Account or in the aforementioned apprehensions subaccount? Why, in its first response, does the MEF also state that it does not have official information from the competent judicial authorities on the matter?

The MEF added that an internal investigation has been initiated in the General Directorate of Revenue to determine the quantification of the payments made and in what concept they were made. Line often warns that, if they find the information, they would consult with the Public Ministry if they can send it to a third party without affecting the possible reservation of the summary. The latter suggests that later on, if the official source were to detect any sum, it is highly likely that it would prefer not to disclose the information covered by the “summary reservation”. In such a case, it will not be possible to know whether the company has partially or totally fulfilled the commitment, or if it was paid on time. What would be the reason that prevents knowing if the company has complied with the monetary fine or not?

As part of the transformation, the construction company created a Global Council after collaborating with the US authorities and promised to act ethically and honestly; In this sense, it should be the most willing to open the data.

There are those who warn of the consequences of a possible partial or total breach of the effective collaboration agreement: “It carries criminal and fiscal responsibility on the officials who signed and approved the agreement and who have intentionally or knowingly failed to supervise said compliance, and that they prolong the commission of the crimes of the companies and the individuals involved ”, points out the criminal lawyer José Nelson Brandao.

The agreement establishes that each year must pay an additional amount of 5% of the outstanding balance in default, due on December 31 of each year that the corresponding amount has not been paid.

In the event of non-compliance, according to the lawyer, “it would call for an annulment of the aforementioned agreement and the imputation and arrest of the former Odebrecht executives who signed the document.”

At the public hearing held in November 2017, the Anticorruption Prosecutor’s Office imposed a fine corresponding to an amount of not less than $ 59 million and the payment conditions were established.

Prosecutor Moore, the defense of Brazilian executives and even the Comptroller had agreed to a payment of no more than $ 120 million, based on article 347 of the Penal Code for bribes, plus $ 100 million for the use of the banking system. The judge did not get the bills, he asked if the double of $ 59 was $ 118, why the fine was set at $ 120 million.

Finally, the amount was approved despite the fact that the prosecution knew that the payments to the final beneficiaries totaled $ 83,724,858. That is, a difference of $ 24 million less than the value established by the prosecutor Moore for the calculation of the fine of the settlement for payment of bribes.

Odebrecht made more than $ 10 billion in contracts in Panama in three government administrations.

The construction company was sentenced in April 2017 by New York Federal Judge Raymond Dearie to pay $ 2.6 billion for the bribery scandal to officials in a dozen countries. In Panama, according to the US disclosure, the company paid $ 59 million in bribes.

The Brazilian multinational had business in more than 12 countries, unmasking one of the most notorious corruption cases of the last decade.

The company wove a network of public limited companies through which it made transfers from a hidden box to officials and politicians.