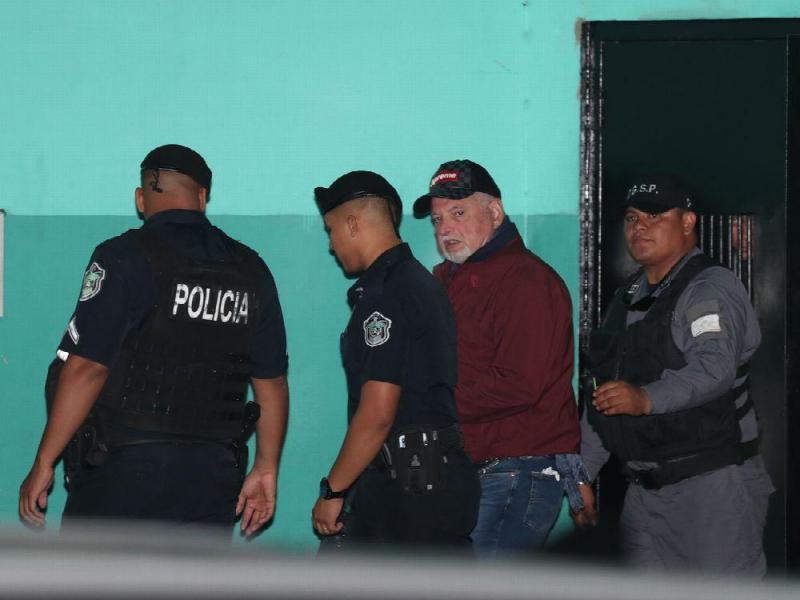 The debate on the possible freedom of former President Ricardo Martinelli, about to complete a year in detention, begins to be a recurring theme in the trial sessions against the exmandatario by telephone jabs.The defense announced that on Tuesday it will request the trial court, led by Judge Roberto Tejeira, to grant the freedom to its client, who has spent a year in preventive detention.

It will then be up to the Court to assess the clash of arguments between the defense, which claims that June 11 is the term of preventive detention, and the prosecution, which adduces intimidation by the defense with photographs to prosecutors and pecuniary claims.

This Wednesday, the Court heard, by reading the protected witness of the prosecution, 20 emails from the month of December 2012 and 2015 and January 2013 contained in the email brad.pty507@gmail.com that the witness himself kept on 5 August 2014, on a compact disc that was delivered to the Auxiliary Prosecutor’s Office.

Some of these emails were audio transcripts that the protected witness recorded when he worked in a closed group -integrated by two other people: Rony Rodríguez and William Pitti- in the Security Council and obtained with the Pegasus system. This program was able to listen to telephone conversations, the audio environment where the target was and even check their emails.

Several of them corresponded to audio environments of talks by Deputy José Luis ‘Popi’ Varela, of Panamaniacism, a target of the Security Council, in which he was heard saying that he was gathering evidence to complain to his colleague, Deputy Heriberto. Yunito ‘Vega, from the Cambio Democrático party (CD), from the same 6-2 circuit as’ Popi’.

On January 10, 2013, ‘Popi’ chatted with an unidentified man, who told him that ‘Herber’ suggested making a compilation of the videos in which ‘Yunito’ appeared delivering electrical appliances to residents of his circuit.

They also planned to gather testimonies from the circuit representatives saying that they had received $ 10 thousand from the then ruling party, to put together a robust complaint. Both refer that for these purchases public funds were used and that they would go to the media to broadcast the videos.

In addition to this, they would concentrate efforts on reviewing the bags of the National Aid Program (PAN) that ‘Yunito’ gave to compare its content, with those that this institution regularly granted, and then question the deputy. ‘Popi’ questioned the projects that ‘Yunito’ had managed through the PAN.

In 2014, when Juan Carlos Varela, brother of the Panamanian deputy, rose to power, one of the first meetings held by Rogelio Saltarín (now deceased), the lawyer of the president hired by the Executive to coordinate the complaints about irregularities in the Martinelli administration, It was to collect this information.

The above is part of the investigation carried out by The Star of Panama known as the ‘Parallel Procurator’, in which the unprecedented deviation of the Security Council was denounced, turned into an instrument of political persecution and alchemist of specific judicial cases.

The signature of Saltarín focused efforts to collect information from ‘Yunito’ for a hospital waste collection contract; irregular orders for the purchase of rice at premium prices; provision of helicopter transport services and purchase orders for clippers and food bags.

Two of them were dismissed in the first instance by the circuit courts.

In the Wednesday session of the oral trial against Martinelli, the protected witness also narrated other emails he obtained from the e-mail of the founders of the Democratic Revolutionary Party Mitchell Doens, Francisco Sánchez Cárdenas and the deputy of the same group Zulay Rodríguez.

With regard to the latter, there appeared a non-aggression agreement signed with the constitutionalist Ítalo Antinori, in which both undertook to withdraw any legal action to sue each other, and not to attack each other in public. Only one email was reviewed behind closed doors, a conversation between ‘Popi’ and his wife.