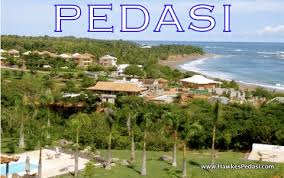 So yesterday, VETERAN’S DAY in the US I might add, I was driving back from a weekend in Pedasi along with Peter AKA “Gustavo” and “Big” Anthony to gather up more due diligence of a real estate swindle that took in Peter. Post was back on 10/24.

I am unable to actually NAME the attorney’s and firms involved at this present time until after Anthony is able to pow wow with his sources and assure that what we found can stick. But rest assured, when given the go ahead there will be a BIG damn headline on PNO.com.

What we have been able to ascertain is fairly common and regrettable, but a case of a scumbag attorney literally engaging in FRAUD and shaking down their OWN CLIENT.  As I said SCUMBAGS.

The law firm, while doing their Due Diligence for the purchase, uncovered what is referred to as a “translape”. This is a term to describe when a parcel of land has two or more fincas that overlap. The law firm DID NOT divulge this to Peter prior to close, even though the surveys and studies that he paid for were in their possession well prior to close.

Anthony uses a group of friends that formed “PSG” or Panama Solutions Group, who started to advertise on PNO.com after the initial “Big” Anthony interview I had in Panama City around 6 months ago.  They found out and explained to Peter on Saturday evening, that the lawyer (his lawyer) most likely did some digging in the registry. Probably paid a few people and found out the owners of the SA that owned the adjacent finca to Peter. AGAIN, information he was legally bound to share with Peter when in reality he is PARTNERS most likely with the other party.

As I stated, I need some time to give names, yet we spotted Peter’s lawyer, and the lawyer for the other party having lunch and laughing together of which all was photographed.  And it was not a stretch to see them having lunch, as we came to find out they “SHARE OFFICE SPACE”. More of Panama being Panama. I can’t make this shit up.

The last official communication to Peter, was give them some time and an additional retainer and they feel they could have this all settled in under 12 months. I feel for Peter, as I do for many of the stories I have heard. I was very lucky and fortunate with my contacts to avoid the same pitfalls. I am by no means smarter than anyone, just plain lucky I knew the right people. This could very well be myself and my wife and ALL our retirement funds.

Another reason we are going to delay the release of names, is that I feel pretty confident that they are not visitors of PNO.com, at this point, yet after they certainly will be. Hence we have to have our ducks in a row.

In the meantime, I have received about 5 replies and comments from people that are in similar quagmires, and we will try to help all of them. Either by collectively sharing information, putting people in contact with others that can help, or by merely educating each other through the site and creating a forum in which we (Ex-Pats) can get these scumbags.

Next step for Peter is a trip today to the US Embassy for a meeting of what he feels has occurred, and a follow up with the guys from PSG and Anthony on Thursday.

I will keep all posted.