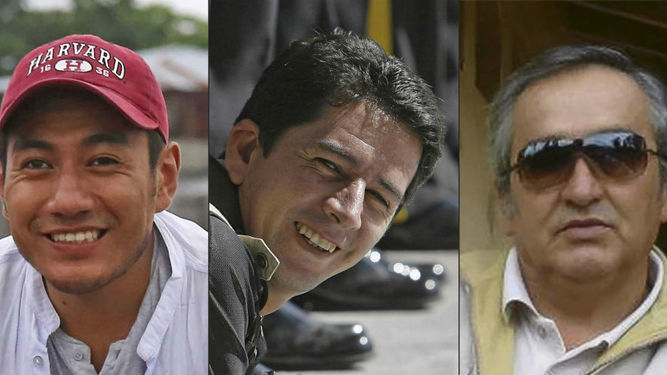 The Foundation Forum of Journalists for the Freedoms of Expression and Information of Panama lamented and condemned the murder of the journalistic team of the newspaper El Comercio of Ecuador .

+ info
Ecuador, in mourning, looking for the bodies of murdered journalists
Inter-American Press Association requires leaders of America not to kill unpunished Ecuadorian journalists
These are the Ecuadorian journalists killed in captivity
“Latin American journalism is in mourning, because organized crime has won another battle to the democratic authorities and institutions, as well as freedom of the press and expression,” the foundation said in a statement on this fact.

Ecuadorian President Lenin Moreno confirmed on Friday the death of journalist Javier Ortega (32 years old), photographer Paúl Rivas (45) and driver Efraín Segarra (60). The three Ecuadorians were kidnapped on March 26 in the coastal town of Mataje, on the convulsed Colombian border, where they made a report on violence.

The Forum of Journalists for Freedom of Expression and Information of Panama expressed its solidarity for the families of the three victims, as well as “our support for the colleagues of the newspaper El Comercio and the Ecuadorian people who suffer from this irrational violence.”