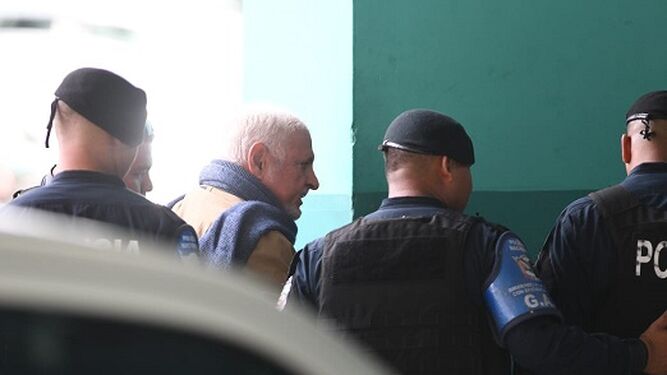 Approximately at 11:30 am on Monday, May 20, the oral trial session of former President Ricardo Martinelli ended, so it will resume tomorrow with the appearance of a new witness.

Martinelli trial: Prosecutor’s office asks the Tribunal for equity
Martinelli trial: expert falls into contradictions
Case Martinelli: the prosecutor accuses the defense of creating ‘morbid’ and ‘epic expectations’ with the testimony of the expert
During the session on Monday, the cross-examination of the defense of the ex -mandatario and the prosecutor’s office concluded with the expert Luis Enrique Rivera Calle.

The trial will resume at 9:00 am and the new witness will be presented by the group of prosecutors acting in this case known as the punctures.

The oral trial of former President Ricardo Martinelli resumed on the morning of this Monday, May 20, to continue cross-examining the expert Luis Enrique Rivera Calle.

This Friday, May 17, the oral trial concluded in the middle of the request for equality of conditions when questioning the experts and witnesses, requested by the Prosecutor against Organized Crime, Aurelio Vásquez, Judge Roberto Tejeira, president of the Court of Judgment in the case of punctures.

Vásquez specifically criticized Tejeira’s criteria for admitting Rivera Calle as a witness, since he was cited as an expert since the beginning of the trial.

In addition, Rivera Calle has given statements in computer science and the interrogations of the prosecution have been limited to that perspective.

For his part, Alfredo Vallarino, of Martinelli’s team of lawyers, reiterated that Rivera Calle’s statements reveal that there was clear manipulation of the evidence against his client.

According to Vallarino, the presence of the head of the National Security Council, Rolando López, was demonstrated in multiple proceedings of the Public Ministry related to this case.