Martinelli defense can’t be accused of being lazy; they are appealing to new criminal jurisdiction 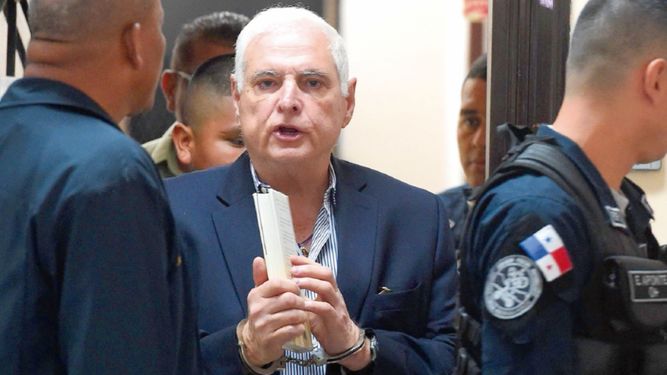 The legal defense of former President Ricardo Martinelli intends to shield him with a new electoral criminal jurisdiction in the case that he is followed for allegedly ordering to spy on the communications of at least 150 people.

Martinelli presents new appeals before the Court
Victims: failure confirms that Martinelli was the head of the CSN
They warn of legal consequences after failure that declines competition
The new scenario arises after the General Secretariat of the Electoral Tribunal (TE) certified that Martinelli has jurisdiction since October 4, 2018, the day on which the resolution that authorized him to collect signatures to obtain the application for free application was issued. to the Mayor’s Office of Panama.

The note, which bears the signature of the secretary general of the TE, Myrtha Varela , also details that the jurisdiction will be valid until 15 days after the proclamation of the election is executed.

The TE will announce, as of January 11, who obtained the applications for free application based on the number of signatures they collected.

That is to say, that the exmandatario would be protected with the electoral law until the end of January. However, if you advance your candidacy, you would have jurisdiction until after the elections of May 5, 2019. Martinelli, in addition, is a candidate for deputy in the circuit 8-8.

What the ‘Electoral Code’ says
Article 259 of the ‘Electoral Code’ establishes that the electoral criminal jurisdiction is the procedural guarantee that candidates have, among others, not to be prosecuted, or arrested, without the authorization of the Electoral Tribunal, except in case of flagrante delicto.

In a ruling of December 6, the Supreme Court of Justice declined the jurisdiction of the process, so that now Martinelli will have to be tried by a trial court of the accusatory criminal system (SPA). However, he endorsed everything that was done by Judge Jerónimo Mejía, acting as judge of guarantees, as well as the decisions taken by the fiscal magistrate Harry Díaz.

Carlos Carrillo, lawyer of Martinelli, expressed that at this moment there is no “competent” judicial authority to deal with the case of his client.

According to his interpretation, on December 21, when he heard a writ of habeas corpus presented by the defense, the Superior Court of Appeals decided to stay, since the ruling of the Court in which competition declined in the case of Martinelli is not enforceable .