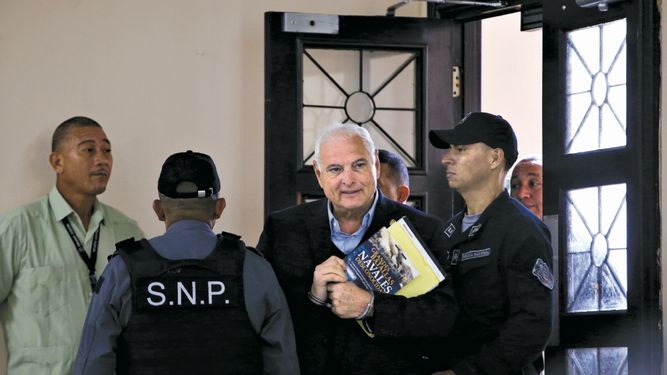 The ex-president Ricardo Martinelli provoked a new controversy at the end of another session of the audience yesterday due to the punctures.

The point made by Martinelli was also confirmed by his defense at the hearing. The lawyer Sidney Sitton announced: “In the event that my client is held criminally liable,” he will request that the case be transferred to the Third Chamber of the Administrative Contentious Court .

These proposals arise after four of the six plaintiffs in the indictment against former President Martinelli presented requests for compensation amounting to about $ 55.9 million for alleged damages caused by the interception of their communications and violations of their privacy.