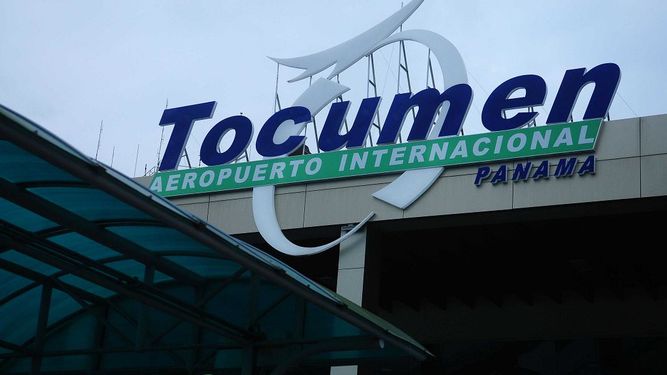 Due to the expansion of the airport, more than 7 million were paid in bribes, a document reveals that the construction company prepared one of the addendums of the work.

From the expansion of the Tocumen airport , Odebrecht paid about $ 7.2 million in bribes in 24 transactions between 2014 and 2015. Although the company denies that these payments were made to award works, it was found that part of the bidding came from the computer from one of his executives.

This work was the fourth, out of a total of 10 awarded to the Brazilian company, from which Odebrecht took more money for bribes, according to an analysis of more than 13 thousand documents of the Structured Operations Sector (SOE) or bribery department.

The documents are part of a new leak of the Consortium of Investigative Journalists (ICIJ) , to which this media had access.

So far, the calculations of the payment of bribes by Odebrecht to Panamanian officials exceed $ 100 million.

In addition to the bribes, the possible diversion of local works funds by Odebrecht, destined to the bribery department, was identified through the alleged subcontracting of companies that billed Odebrecht for works they had not done.

These include the International Project Company (Cipsa) , which charged millions for alleged services to the Tocumen airport and the sanitation of the bay, while transferring funds to Odebrecht.

What do the new Tocumen airport terminal have in common, the expansion and improvement of water supply and sewerage services in Panama and the sanitation of the Bay of Panama executed or executed by Odebrecht?

The first thing is that of these projects, Odebrecht took out money to pay bribes; second, that apparently they were arranged bids; and third, that subsidiary companies of the construction company would have billed it for works that they did not do in order to divert funds to box 2 or Structured Operations Sector (SOE).

The information is the result of the analysis of more than 13,000 documents extracted from the Odebrecht communication system, known as Drousys, obtained by the International Consortium of Investigative Journalists (ICIJ) and whose investigation is part of La Prensa .

According to an analysis of this medium, the fourth work from which more bribes came out was the expansion of the Tocumen airport, with $ 7.2 million, paid in 24 transactions between 2014 and 2015.

Odebrecht clarified that the mention of a work in the Drousys does not imply that it is in payment for its adjudication or that the payments made to persons identified with an alias are unlawful.

This is despite the fact that Odebrecht admitted in a guilty plea that the SOE “functioned as a bribery department”.

On the portal of Panamacompra.gob.pa there are documents of the tender of the new terminal of Tocumen indicating that the public act was arranged in favor of Odebrecht. The same was stated by Marco Antonio Vasconcelos Cruz, former director of Odebrecht in the Dominican Republic, regarding the sanitation of the bay.

The specifications of the baggage handling system and conveyor belts were modified at the request of Odebrecht. In addendum 5 of the specifications these changes were made and, according to sources close to the execution of the work, there is evidence that part of the changes were suggested by Odebrecht, which defeated China Harbor Engineering Company, after bidding $ 743 million.

On pages 337, 338 and 339 of Addendum 5, the images of the work came from the computer of Ricardo Giraldo, an Odebrecht executive, which constitutes a serious fault, since it shows that his company had information to elaborate its technical and economic proposal (see facsimile).

Expansion of Tocumen, tailored to Odebrecht
Neither Giraldo -who is no longer working at Odebrecht- nor the company responded to the messages of this medium, nor the current airport administration, which reported that there is a complaint lodged.

The construction of the new terminal was awarded in 2012, for $ 679 million. The additional costs totaled $ 238 million. From funds from this terminal, Odebrecht paid bribes to Aguia (eagle), Feira (nickname of Joao Santana, campaign strategist of José Domingo Arias), Alemao, Salario, Periquito and Cachaza. Aguia and Feira accumulated $ 2.2 million through Deltora Enterprises Group.

Another $ 350 thousand went to Alemao, through Herzone Overseas Ltd, which according to informers, its beneficiary is the former Minister of Economy and Finance Frank De Lima. The rest of the airport payments were divided between Idaho Holdings Ltd., Metx Trading Corporation, Sarawak Corp. and ZB International Ltd., whose beneficiaries are unknown.

In the expansion of the airport, Odebrecht moved millions of dollars through the under-invoicing of the Panamanian company Cipsa (Compañía Internacional de Proyectos, SA), part of the “auxiliary companies” of Odebrecht, according to SOE documents.

Also, in deleted files, there are guidelines related to this work, addressed to or written by Noshua, Vismark and Waterloo, all operators of the SOE. Waterloo was Fernando Migliaccio, treasurer of the SOE, while Noshua was the assistant of Marcos Grillo, alias Vismark, responsible for swelling the funds for bribes.

Expansion of Tocumen, tailored to Odebrecht
From the email waterloo@drousys.com guidelines were given for “Tocumen Airport Project”, on June 21, 2013. The same as for Noshua, which described other payments “ENC: Payment invoice CIPSA x PW 2014-PWT-001 Panama Tocumen Procurement USD 2,424,738.86 “and” Another New Operation Panama (Tocumen Airport) -USD 897,930 “and” RES: Mais uma Operação: Panamá (Aeroporto Tocumen) USD 907,000 “. All these emails, from November 2014, were eliminated in January 2015 and only a few fingerprints remained.

An attempt was made to contact Juan Carlos Pino, former administrator of Tocumen, SA, but he did not answer.

Pino has a precautionary measure related to another investigation regarding airport contracting.

Works of the airport

This newspaper confirmed by sources linked to the investigation that Cipsa is a subsidiary of Odebrecht. Its resident agent is the firm Nieto, Urriola y Asociados. Cipsa was dissolved in May 2015, which was chaired by Gelsys Nieto, who is, in turn, representative of the aforementioned firm. Cipsa had Yaritza Romero as director (also a member of the aforementioned forensic firm). When calling the contact number, they responded to Geo Overseas Group, whose board includes Romero and Walkyria Pitti, wife of today’s ex-director of the Panama Maritime Authority Jorge Barakat. Romero was Barakat’s personal assistant, while Nieto answered Odebrecht’s communications regarding Cipsa from his Geo Overseas post.

They tried to contact them, but they said that Cipsa was dissolved and that no one would respond, they were left with questions, but they did not respond. Who did it was Pitti, who denied having any connection, “I have never provided legal services nor have I had a commercial relationship with the companies mentioned,” he said by mail, but did not give an interview. Barakat kept a distance and said: “I do not participate in that society [Geo Overseas]”. Geo Overseas offers legal, fiscal and administrative solutions.

In the Drousys it is reflected that Cipsa billed for technical service agreements, studies and various consultancies for Odebrecht works in multiple countries. The payments and directives of Cipsa come from the Spanish company Eathisa Ingeniería y Servicios, and from the Dutch company Convergence Capital Partners (CCP), to advise on the projects.

For example, for the Dominican Republic, for a thermoplant and in Peru, for the Costa Verde highway, but neither the project coordinators have heard anything from Cipsa or from the others.

Expansion of Tocumen, tailored to Odebrecht
Despite the fact that Cipsa was providing alleged services to Odebrecht, bank statements in the Drousys reveal that this company deposited at least $ 5 million to SOE companies used to send funds destined for bribery, such as Klienfield. Odebrecht did not respond to questions about the services provided by Cipsa.

Other subcontractors were TTG Asociados – a Mexican law firm – and Turcon ConsultingServices, from the Netherlands and DSC Workshop.

In another case, Vismark (aka Marcos Grillo) ordered to pay $ 3.6 million to Cipsa for services to the sanitation of the bay in 2013 ( see fax ), but the coordinator of this project (from August 2018 to July 2019), Roberto De León Plicet, denied that Cipsa and DSC Workshop provided any service or that they were registered as subcontractors, and found no reference to it in the time prior to their management.

From the sanitation project of the bay, more than $ 700 thousand in bribes were paid in 2014 and 2015 to the aliases C. Pequeño, Salario and Tres Musqueteros, through the offshore companies Dianthus Services Ltd., Idaho Holdings Ltd., and Formatel Overseas Corp and Sarawak Corp. The coordinator of this project was Juan Antonio Ducruet, current deputy minister of the Presidency, who said he was unaware of any illegitimate payment. He noted that he was in the position until the bidding process, in 2009, and the contracts were signed during the management of Ricardo Martinelli (2009-2014).

Of the sanitation of the bay, more than $ 700 thousand was paid in bribes. Archive
In the process of adjudication of the work there was a demand for allegedly violating public procurement regulations, but it did not prosper.

On the other hand, from the improvement project of the aqueduct and sewerage services of Panama, $ 3 million was paid in bribes in 14 transactions in 2014.

Its coordinator, the former director of the National Council for Sustainable Development Danna Harrick, investigated in this case, is fugitive.

Danna Harrick directed the National Council for Sustainable Development.
She would be a beneficiary of the Ralfim, Ltd. company, recipient of more than $ 3 million, according to whistleblowers. This society, according to the payment forms in the Drousys, received $ 1.5 million from this last project, under the alias Yemanja.

For these works, there were also sub-invoices for $ 1.9 million to Eathisa and $ 1.8 million for Cipsa.