As I was saying…………read below. 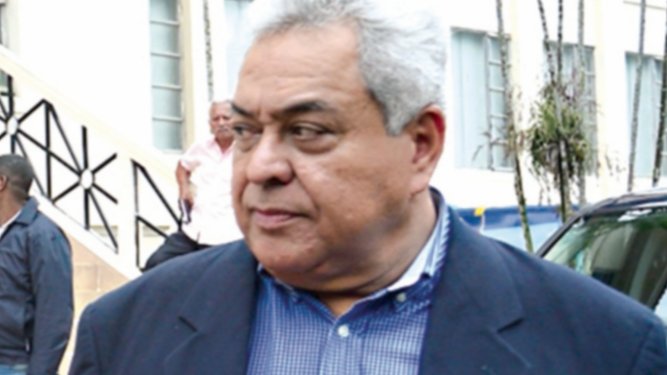 A few days before the installation of the National Assembly in the 2019-2024 period, a new complaint was presented yesterday at the Legislative General Secretariat against President Juan Carlos Varela and Vice President Isabel de Saint Malo de Alvarado .

The appeal was filed by Alejandro Pérez , lawyer of former President Ricardo Martinelli , who requested that they be prosecuted for eliminating the radars purchased from Finmeccanica in the last government.

Perez said that in the previous government, when Varela was vice president, he negotiated the radars with Finmeccanica, but that after arriving at the Presidency ” he dedicated himself to do everything possible so that they would not work “.

He said that Martinelli appears as a witness in the complaint, which is added to six others filed against the president and must be forwarded to the Credentials Commission.

In August 2014, Varela announced the suspension of the contract signed in 2010 by the Martinelli government with Selex, a subsidiary of Finmeccanica, for the purchase of 19 radars for $ 125 million. He alleged that the artifacts did not meet the technical specifications.

In February 2016, Panama reached an agreement with Finmeccanica that, among other aspects, established that the Panamanian State would not have to make additional payments, so it was released from the payment of 38 million euros and, in addition, it would receive 29 million euros. euros in credit. This amount was equivalent to everything paid to Selex, less the value of the civil works until that date.

At the judicial level, the minister and Deputy Minister of Security of the last government, José Raúl Mulino and Alejandro Garuz , were prosecuted for alleged overpricing in the contract.

The case was partially annulled by the Supreme Court, with the allegation that the prosecution exceeded the deadline to investigate, but a ruling of the Second Superior Court is still pending, which could bury the process definitively or resume it.