All Martinelli appeals to nullify prosecution are denied by Judge 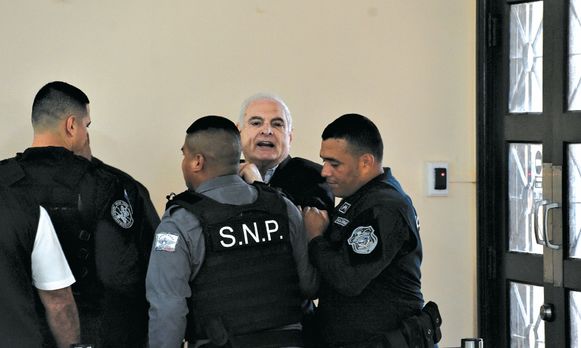 In a hearing that lasted two and a half hours, Judge Jerónimo Mejía -acting as judge of guarantees-denied seven appeals for absolute nullity filed by the defense of former President Ricardo Martinelli, in the process that is followed by the illegal interception of communications.

He also denied the alleged nullity due to the accumulation of complaints.

The third incident rejected by Mejía was the alleged lack of imputation to Martinelli: “Going away and after being extradited to try to annul the process is nonsense,” the judge said.

Mejía also denied the motions related to alleged violations of the electoral jurisdiction and of Martinelli’s immunity as deputy of Parlacen.

Neither did he accept an appeal in which the defense alleged that his client could not be prosecuted for acts committed when he served as president of the Republic.

In addition, he refuted the thesis of the alleged double trial. On this point, the defense announced an appeal and Mejía accepted, with which the action must be resolved by the plenary session of the Court.

Hearing Martinelli will go to the presentation of evidence