Some people…. “fell into a burning ring of fire”. JEEZ is the heat coming fast and furious. 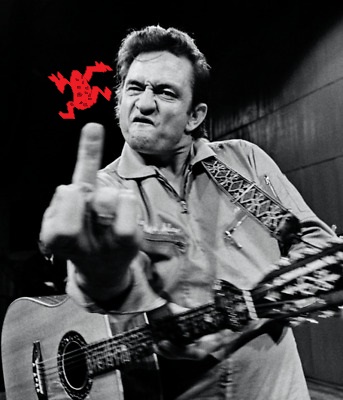 Ever since I made some people aware, quite transparently, of a few shady contact and retraction requests made to me by people I could not verify. Then followed by an even shadier Cease and Desist, the INBOX to PNO is like a tsunami.

All of this because Buddy got screwed by a completely unrelated issue in Bocas almost a year ago. Crazy.
I’ve spent the better part of 3 hours off and on the phone today with several interesting gentleman that have some extremely compelling documents and claims against this same group Red Frog that erroneously contacted me as if I had written negative information about them (which I NEVER did).   The amount of documentation I have been provided is quite voluminous to say the least and for the moment I’m pausing to fully vet all claims but if what I’m being told and shown is only half true this could play out to be a two part series on one of my favorite shows “American Greed”.
I really find it funny that it’s not even been two weeks since Red Frog contacted me with a Cease and Desist and now I’m being sent a dossier entitled “Krakatoa” (YES, as in the 1883 VOLCANIC ERUPTION that was heard 2,200 Miles away).. that if proven to be true will no doubt end in criminal convictions and I would suspect millions of dollars in civil damages.  As my son and I and my Panamanian lawyers sift through and get things prior to my jumping in the mix this may well it END any backtracking or questions into the claims made and posted by Peter McKinney on our site and have subsequently caused such an asshole puckering down in Bocas that people are trying to bully “me”.Go figure.

I’m still here on standby………
Let me ask aloud JB, why has nobody from RFB taken your offer to tell both sides?

I have a stack of legal bills I will gladly let you PDF and post that shows what my family went through.