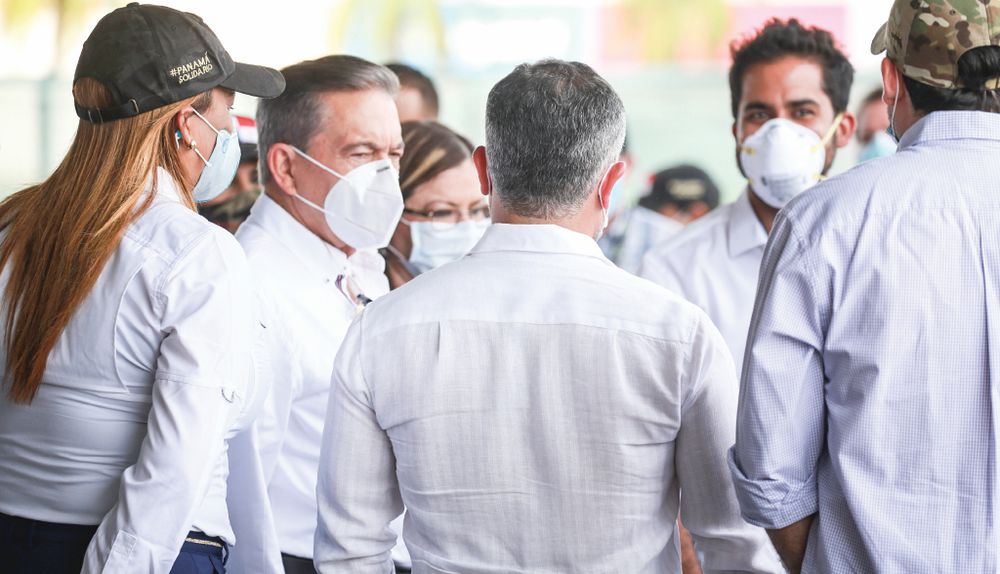 The pandemic crisis justified the granting of an exception within the Public Procurement Law to the Ministry of the Presidency , which has become some questionable contracts.

The pressure to acquire urgent goods to attend to health problems and the speed of the state response face the legal framework of the ethics of public servants, the Penal Code and common sense.

Hiring in emergency time does not require the same level of transparency normally required. However, the discretion of public servants when making these purchases increases their responsibility for the process and its outcome.

That same discretion allows officials who so decide to incorporate principles of transparency applicable to state purchases, as well as criteria for the prevention of conflicts of interest, which seem to have been ignored to acquire fans or contract the image management of the rulers. shift.

The pandemic is not an excuse to misuse public funds. The laws continue to punish him.

Hiring in times of the pandemic

Article 79 of Law 22 of 2006 establishes a very special mechanism to make public contracts when there is a national emergency decreed by the Cabinet Council, for a time and a limited amount of public funds.

Cabinet resolution 11 of March 13, 2020 fixed this amount at 50 million dollars and the term in six months, effective until September 13 of this year.

When the crisis ends, the entity responsible for the contracts must submit a report to the Cabinet Council.

With these rules, the Ministry of the Presidency contracted masks, alcohol gel and branding services to promote the image of the government.

Although Law 22 of 2006 does not establish greater criteria for these purchases, the rules of the Penal Code, the Fiscal Code and the Uniform Code of Ethics of Public Servants are still in force .

For example, article 2 of the Uniform Code of Ethics for Public Servants defines: “For the purposes of this decree, a Public Function is understood to be any permanent or temporary activity, remunerated or ad honorem, carried out by a natural person in the name or service of the State in any of the institutions … “

This means that a member of the board of directors of the Banco Nacional de Panamá (BNP) is also governed by the Code of Ethics.

The second paragraph of article 39 of the aforementioned code says : “Nor may it direct, administer, advise, sponsor, represent or provide services, remunerated or not, to persons who manage or exploit concessions or privileges or who are providers of the State, nor maintain links that mean benefits or obligations with entities directly supervised by the body or entity in which it is carrying out its functions. ”

The BNP is the custodian of public funds and the issuer of public procurement payments made by the State.

Legally speaking, the Code of Ethics has not been suspended by the state of emergency. This gives grounds for the possible illegality of the contract of the company Mercadeo Integral, whose legal representative is a member of the BNP’s board of directors.

The exception to the regular public contracting process established in Article 79 of Law 22 of 2006 includes mechanisms to facilitate the purchase of products that are not manufactured in the country: the State can contract directly with foreign companies, even if they are not registered in Panama. , to acquire the necessary goods with which to face the pandemic.

This can be applied to products such as masks, ventilators, alcohol gel and any others that are necessary.

Beyond the broad authorization granted by the legislation to the government, there are multiple other mechanisms that can be used for these purchases, guaranteeing quality and price.

For example, Panama could make the purchase via friendly governments, such as China, South Korea, Germany, Mexico or some other State.

The country could also make its purchases through the United Nations and its dependencies in Panama, which can get better prices since they already buy the same products to ship them from Panama through the humanitarian hub established in Panama Pacifico.

The Public Procurement Law is too flexible in this area, and the intention of this regulatory framework is to facilitate rapid purchases in a crisis.

The overpricing, regardless of whether there is a global demand for the same products, does not justify the waste of state funds.

All potential suppliers face the same situation, so, unless it is a manufacturer, no supplier that does not have a product available in Panama has a justifiable advantage over the others that supports their hiring at such an exaggerated price premium.

If it can be shown that other suppliers of the same product existed at a lower price, it would be clear from a judicial investigation in a criminal case that the officials involved failed to act with due diligence and expertise.

The Penal Code , in its article 338, has something to say: “ The public servant who subtracts or misuses in any way, or consents to another appropriating, subtracting or misusing in any way money, values ​​or goods, whose administration, perception or custody have been entrusted to him by reason of his office, he will be punished with imprisonment for four to ten years.

If the amount of the appropriate amount exceeds the sum of one hundred thousand balboas (B / .100,000.00) or if the appropriate money, values ​​or assets were destined for welfare purposes or for development or social support programs, the penalty will be eight to fifteen years. prison. ”

It would be terrible for the governability of Panama that when the pandemic is overcome, and in the midst of the process of economic recovery, the country is trapped in criminal, administrative and account investigations at all levels.