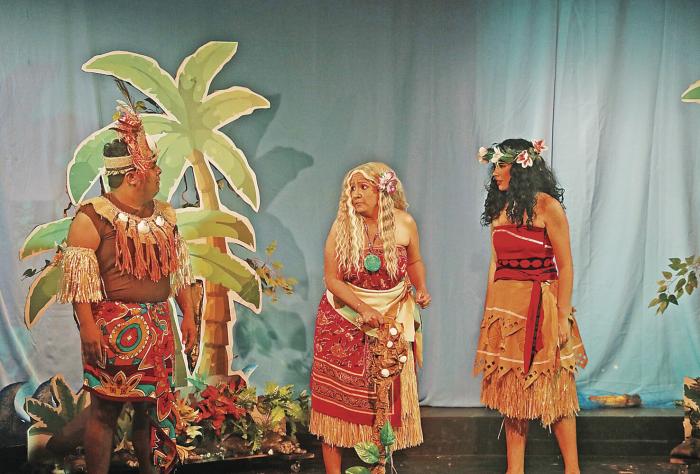 The adventures of Moana Waialiki, one of the most seasoned princesses in the world of Walt Disney Animation Studios, have been brought to the Aba theater since last Sunday, under the direction of Agustín Clément and the production of Anina Horta.

The plot of the play ‘Moana’ is very similar to the film of the same name, but Clément wrote a script that will amuse the public. “It has a lot of Panamanian flavor, there are references to realities of Panamanian life; I think it will be well recognized by the public; all this within the magic of the film’s plot”, explained the director to La Estrella de Panamá.

The story of ‘Moana’ presents a heroine far from the common patterns of a Disney princess, explains Clément, because it is a film where a girl is not saved by a prince, but Moana embarks on an adventure to save her his people from the danger in which they find themselves. “For us it is super important to transmit gender equality; women can do what a man does. They are not men, but they do have the same abilities,” she remarked.

In addition to the fact that the piece has feminist overtones, its theme breaks the patterns of beauty that the world of entertainment offers. The Polynesian princess is not the “typical white girl”, she is a 16-year-old Polynesian girl.

“These are elements that will help empower girls, and break with those stereotypes of years that have been in society.”

“Disney has changed its theme … we are surprised that there is no love story within the plot, his relationship with Maui is one of friendship, of friends, of finding the mission in life together, and we believe that these stories are necessary in society to change mentalities; also that there are black princesses like Tiana in The Princess and the Frog, and Latinas like Mirabel Madrigal de Encanto, apart from the fact that she is very colorful”, concluded Clément.

Ana Victoria Suero plays Moana, a “vivid, adventurous young woman who fights to get what she wants and doesn’t give up easily. She greatly values ​​her ancestors and has a very close relationship with her grandmother de ella, who inherited, among other things, her connection de ella to the ocean. ”

Part of Ana Victoria’s artistic preparation consisted of seeing “several times the film to understand Moana and her vision. Likewise, the advice of our director Agustín Clément was very important in moving the character forward, and the contributions of the producers Anina Horta and Zarati Cartin were definitely very valuable.”

Maui, a Polynesian demigod who steals Tifiti’s heart as a gift to humans is played by Luis Allen Bethancourt. “It has been quite a challenge; study about the Polynesian culture, its gods, customs. Maui is an extraordinary being with whom many will feel identified upon discovering the reason for his way of being from him that he did not even understand and came to understand thanks to Moana”.

Being a children’s play, it requires a lot of energy, movements and dance, added Luis Allen. “This was the biggest challenge… dancing on stage with all of Maui’s costumes and interpreting the emblematic song ‘You’re welcome’ at the same time, because this choreography has complexity, elevations, lines that cannot be missed,” he explained to this medium.

For her part, Sandy Luz Correa plays Moana’s maternal grandmother, Tala, known in the film as “the crazy woman on the island, despite the fact that her son is the boss of the island. The grandmother is in charge of telling all the legends to the villagers, and of keeping the culture and all its traditions alive.She is the one who drives Moana to fulfill her dream of leaving the island and traveling across the ocean.”

“My preparation has included the scene-by-scene analysis of the text, and the identification of the grandmother’s objective in the play. Knowing the goal is key to understanding how the character develops throughout the story. I also did a job of finding the right voice for the grandmother, and many practices on her way of walking and even how to adapt the dance steps to the way the grandmother would do them, “added the actress. 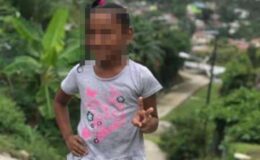