The president of Guatemala, Alejandro Giammattei, decided this Sunday to “invoke the Inter-American Democratic Charter” in the face of “the very serious events that have occurred in recent days” in the country, which is experiencing a crisis due to a massive protest on Saturday and the burning of Congress by part hooded protesters.

The Giammattei government detailed in a press release that “in the face of the serious institutional threat” in which the Central American nation finds itself, it decides to “turn to the international community” in search of “support” for “the preservation of democracy in Guatemala.” .

The president specified that he has instructed his foreign minister, Pedro Brolo, to “enforce” the International Democratic Charter with the General Secretariat of the Organization of American States (OAS).

In this way, the Giammattei government seeks through said mechanism, “as established” in the Charter, a “dialogue between the various political forces with the sole purpose of ensuring the democratic-constitutional order in our country,” the press release stated.

The Giammattei Executive invoked the letter as it sees the acts against the Government as “a means through which minority groups seek to force a true coup d’état.”

Giammattei’s statement comes a day after hundreds of hooded protesters partially burned the congressional facilities on Saturday and another 10,000 demonstrated against it in front of the National Palace of Culture, the seat of government.

The fire caused by hooded men in Congress was registered in the framework of a massive call to demonstrate on Saturday against the Guatemalan president and the Parliament itself, after the approval last Wednesday of the state budget for 2021.

Said budget, approved by 115 of the 160 legislators under strict security measures with the closure of several streets around, has been described as “opaque” by experts after endorsing it at dawn, without all legislators having access to it and with ample reductions for health and human rights issues.

The situation for Giammattei worsened on Friday after his vice president, Guillermo Castillo, urged the president to resign both to “oxygenate” Guatemala since “the country is not well”, thus unleashing an even greater political crisis for the ruler. .

The Inter-American Democratic Charter is a legal instrument approved in 2001 that seeks to preserve “democratic institutions” in the continent through the Organization of American States (OAS).

In Article 20, the letter establishes that the Secretary General or any member state of the OAS may request the immediate convocation of the entity’s Permanent Council when in a member country “there is an alteration of the constitutional order that seriously affects its democratic order.” .

In this case, the OAS analyzes whether there is a “disturbance” of public order and from that moment on it can carry out various diplomatic efforts in search of dialogue and the preservation of democracy. If the efforts fail, the regional entity can then decide to suspend a member or take other measures. 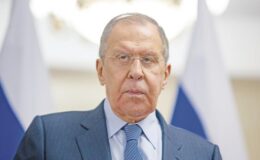