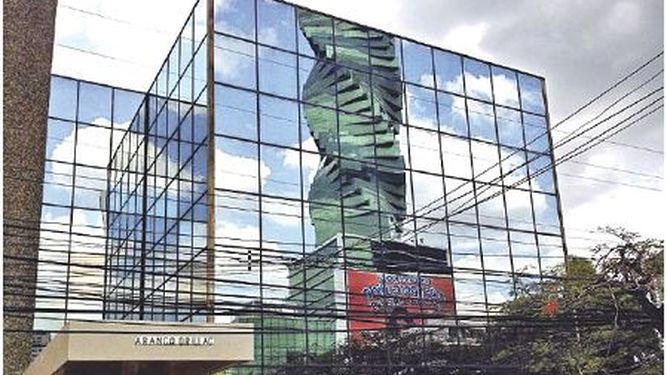 Before a US federal court, Harald Joachim von der Goltz pleaded guilty this February 18 to having participated in conspiracies to evade taxes and launder money, in addition to not properly informing the US authorities of his finances and making false statements to the authorities Americans

The secret of 50 million dollars

With this, Von der Goltz was exposed to a possible maximum sentence of 75 years in prison plus several million dollars in fines and confiscations.

The judge who gives him a sentence will have discretion as to the penalty he imposes, but there is a possibility that Von der Goltz – who is 82 years old – will spend the rest of his days in federal prison.

The prosecutors in charge of the case already informed him in writing that the probable penalty is between 151 and 181 months, according to the usual guidelines for a case like yours [“sentencing guidelines”]. In federal prisons in the United States, there is no possibility of early release, but there is a possibility of eventual freedom for humanitarian reasons.

According to the United States Department of Justice, there will be a hearing on February 24 that will probably set the date for sentencing. Until then, von der Goltz will remain free on bail.

In the US system, it is usual for a guilty plea to be the result of a negotiation that somehow benefits the defendant, whether prosecutors drop several charges or promise an abbreviated sentence. However, today’s hearing did not reveal such an arrangement in favor of Von der Goltz, who claimed that no threats or promises had been made to induce him to plead guilty.

At the hearing, Von der Goltz gave a very brief description of the crimes he confessed, not to mention by name any of the other persons or entities mentioned in the prosecution.

This is the first case linked to the “Panama Papers” scandal that results in a conviction in the United States, and the name of the extinct law firm Mossack Fonseca is repeatedly listed in the more than 60 pages of the prosecution, as well as the name of the lawyer Ramsés Owens, who He worked in that firm. But Von Der Goltz did not mention them by name during his guilty confession. He simply said that, with the goal of evading taxes in the United States, “I committed these acts alone and with the assistance of my lawyers.”

Given that, Judge Barbara Moses asked Von der Goltz: “Didn’t you make an agreement with the lawyers to violate the laws of the United States?”

Von der Goltz took a minute to consult with the defense lawyer at his side, and then replied to the magistrate: “Yes, I did.”

Von der Goltz is a citizen of Germany and Guatemala, not American. However, his status as a resident of the United States required him to pay taxes and meet all financial requirements there, even if it was income earned in other parts of the world.

Apart from sentencing Von der Goltz on February 24, the next step in the case will be the prosecution of Dirk Brauer and Richard Gaffey, accused of having participated in the conspiracies with Von der Goltz. That trial is scheduled to begin on March 5.

Attorney Owens is another co-defendant in the case. Despite not having been mentioned by name during the hearing, Peter Carr, of the Public Relations Office of the Department of Justice, confirmed to this media that all charges originally charged to Owens are in effect and that his status as a “fugitive” is maintained. ” However, his team of defenders in the United States argues that Owens has not been able to appear before the US courts to defend himself against the accusations because in Panama there is against him an impediment to leave the country.

Asked about the validity of the case against Owens before the courts of justice in the United States, Charlie Ezra Carrillo, an Owens lawyer in that country, responded to La Prensa : “I cannot comment on the case because it is in process”