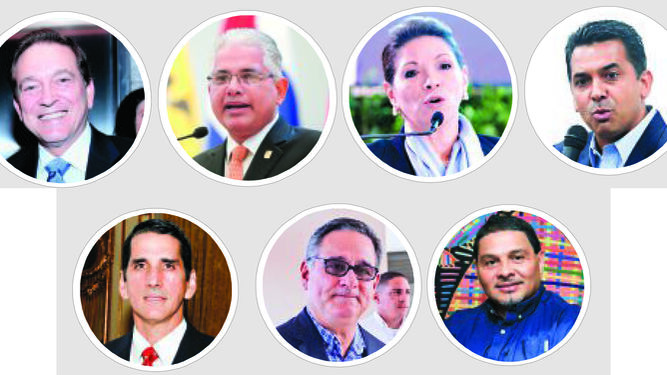 D day is approaching. Only nine days left until the end of the political campaign , which will end on May 2 next. Therefore, in the last hours the presidential candidates have concentrated on refining their strategies to convince the electorate.

The PRD resorts to the figure of Omar Torrijos in the final straight
Rómulo Roux: a Monday of meetings and interviews
Lombana prepares for the most intense campaign days
Ana Matilde Gómez takes her campaign to the region of Azuero
The bet of Blandón: votes of the interior and darts for the adversary
They are in the streets to hunt for the undecided vote or to finish securing the one they harvested in their political journeys.

For example, the campaign of Laurentino Nito Cortizo , nominated by the Democratic Revolutionary Party (PRD) and the Nationalist Republican Liberal Movement (Molirena) , moves from the new faces and the young vote to the figure of Omar Torrijos .

Rómulo Roux , candidate for Cambio Democrático y Alianza, as in the first days of the campaign, can be seen with Luis Casís, his running mate.

Meanwhile, Ricardo Lombana , candidate for free application, in the last few hours has met with the team that supports him to consolidate details of the campaign and, incidentally, is preparing for a possible increase in attacks on social networks by of his adversaries.

Lombana goes this week for the “hunting” of votes in Chiriqui and the district of San Miguelito, both with a high voter density.

The candidate of the Panameñista Party and the Popular Party , José Isabel Blandón , bets on the loyal vote of his party in the interior of the country and, at the same time, takes out another letter with which he plays in two bands: he gives names of those who they would be part of his cabinet, bets to smooth roughs inside the collective and to send a message to his adversaries.

For her part, Ana Matilde Gómez focused her efforts on tours of the Azuero region, where she reiterated her commitment to the agricultural sector.

In turn, Marco Ameglio made a tour of the province of Veraguas.

Meanwhile, the candidate of the Broad Front for Democracy (FAD), Saúl Méndez , was in the province of Coclé, where he recalled with the workers the role of trade unionism in the improvement of their working conditions.