Children hardest hit and most affected by Maduro 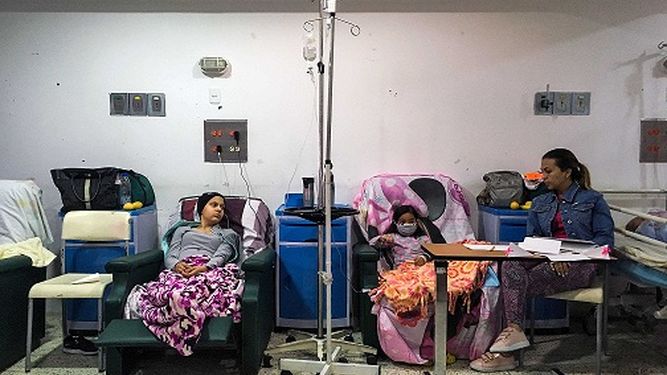 Luisito must have surgery for a brain tumor that paralyzes part of his body, but he acquired chickenpox in a children’s hospital in Caracas and must wait.

In another room, Yuriángela does not know if she will have her next chemotherapy. Luis, an eight-year-old brunette, sleeps a 4-month-old baby with macrocephaly. A mosquito net tries to protect it from infection. His head is as big as a basketball because of the accumulated fluid and he needs a drain valve that the hospital does not have.

Case after case, the lack of medicines, which according to the Pharmaceutical Federation reaches 80%, and that of medical supplies, make up one of the most critical problems during the government of Nicolás Maduro , who on Sunday will seek his re-election.

In the room of Luis there is also Anthony Noguera, of seven years. It has a hole in the back because of an operating wound that is growing. Neither the medical center nor the pharmacies have healing patches. They are only available in dollars, his grandmother María Silva told AFP .