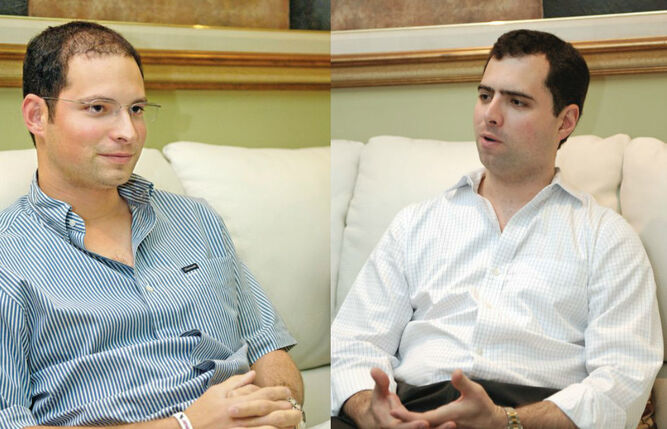 I have been fielding shrapnel from many on PNO.com for my opinions as it relates to the ongoing trial and prosecution of former President Ricardo Martinelli. Many have accused me of being a shill or apologist of the man, And in reading some of my past blog entries, maybe there is some truth to that. But I have sound logic behind my opinions, and I am MORE THAN HAPPY to share said logic with everyone.

First and foremost, Martinelli was the President when I began my transition process to move full time to Panama. The country was undergoing a huge uptick in business and the skyline off Balboa was changing almost daily. The big hotels were being built. ‘Decapolis” “Megapolis” the former “Trump” etc. And moreover, there was a sense of pride and respect bestowed upon Martinelli whether is was warranted or not. Say what you will, as evidenced by his WINNING MAYORAL VOTE WHILE INCARCERATED, he still overwhelmingly remains in the hearts and minds of Panamanians.

So to be clear…..I am NOT saying Martinelli is innocent. I am not saying he has not committed the acts he has been accused of. I am not in a position to say so. Perhaps this “punctures” case has merit. I simply do not know.

So to be clear……I AM saying that Varela is FAR from the MAN that should be leading the witch hunt. He is COMPLICIT. He was the VP. He BACKSTABBED his own party. He has been named formally in the same BRIBERY claims as Martinelli. Hence this “punctures” case to take the light off the financial windfalls that he himself Varela took part in (albeit allegedly). He conspired with ROUX to use the influence of Martinelli, only to have ROUX turn on him. He has gone out of his way to go after the FAMILY of Martinelli over again, the same claims of which we are well aware he was involved in.

This is the man that stands on the soap box and admonishes Martinelli???

Don’t let me get started on his International records of chumming around with literally every Communist, Dictatorship, Oligarch, and repressive leaders of the world. And then hypocritically falling over the Pope during WYD as if he was moving to the Vatican himself.

The attached La Prensa article exhibits that even as he approaches his last week in power, Varela is insistent on distancing himself from the very man and family that he stepped on to become President of this great country. That is the PNO.com opinion. Clearly stated,

In a ruling, the Supreme Court of Justice (CSJ) gave a boost to the extradition process carried out by the authorities against brothers Ricardo Alberto and Luis Enrique Martinelli Linares , who are being investigated by the Anti-Corruption Special Prosecutor for the bribes paid by Odebrecht .

The ex-claimant’s children are being prosecuted for allegedly committing the crime of money laundering.

According to the prosecution, they would have received at least $ 53 million of the bribes paid by Odebrecht .

On May 5, they were elected as alternate deputies of the Central American Parliament.

The Supreme Court of Justice ruled that the Special Anticorruption Prosecutor’s Office , which investigates the bribes paid by Odebrecht in Panama, acted “in strict adherence to the respect of human rights” when it requested the extradition of Ricardo Alberto and Luis Enrique Martinelli Linares, to investigate them as part of this process.

This is stated in a ruling of the highest court, which denied a request by the sons of former President Ricardo Martinelli who sought to invalidate the extradition request, arguing that their rights had been violated.

The ruling of the Court, with a presentation by Judge Efrén Tello , resolves an amparo of constitutional guarantees filed by lawyer Luis Eduardo Camacho González on behalf of the brothers.

The lawyer argued that at the time the prosecution requested the extradition of his clients (on December 26, 2017) he had no competence, because the term had expired to investigate the case.

In addition, Camacho González alleged that at that time his clients had electoral criminal jurisdiction. The extradition process “places our representatives before serious harm,” argued the lawyer, who, in passing, warned that the brothers Martinelli Linares were violated fundamental guarantees and human rights.

The position of the Court

In the ruling, Tello said that, by claiming that the prosecution had no competence to continue the process, the Martinelli Linares lawyer failed to prove “any violation” of the fundamental rights of its clients.

With regard to the electoral criminal jurisdiction, he warned that at the time of the request for extradition, the Martinelli Linares did not have that shell.

Therefore, he concluded that the children of former President Martinelli “have not been violated fundamental rights.” And denied the protection of guarantees.

Panama has asked Interpol to issue a red alert for the capture of the brothers Martinelli Linares for the Odebrecht case and also the country’s judicial authorities manage their extradition through the Foreign Ministry.

Luis Enrique Martinelli Linares is also being tried – and his extradition has been requested – for the Blue Apple case, also related to the alleged payment of bribes by state contractors.

Both were detained in Miami, United States, on November 20, 2018, as immigration authorities in that country reported that their visas were revoked in 2017 and that they had been “illegally” in that nation since then. The two were in the Krome detention center for more than 15 days, where a judge granted them $ 1 million in release bonds each.

The two brothers were elected as alternate deputies to the Central American Parliament on May 5. 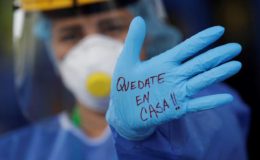