Javier Bardem is vocal latino supporter of the environment. 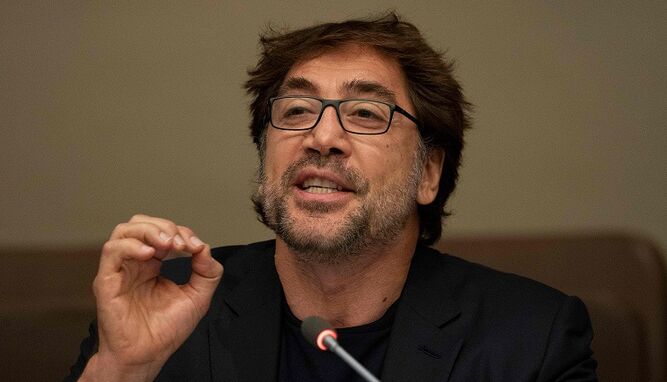 OP ED: “JB”- After spending my weekend enjoying the beautiful waters of Panama, it was pleasant to read this story this morning.

While in the states, Leonardo DiCaprio is at the forefront of a Hollywood led movement of bringing attention to the environment. ( He has both narrated and produced major documentaries on the topics of climate change), I was please to see another actor I admire is doing the same.

Bardem, of “No Country for Old Men” and “Skyfall” to name a few, is being just as vocal on the topic. Please read below.

“The oceans need us”: with a passionate speech, Oscar-winning Spanish actor Javier Bardem demanded on Monday at the United Nations headquarters a global treaty to protect the vast expanses of water on the planet, which he considers “on the verge of collapse.”

Bardem, a renowned environmental advocate, is part of the Greenpeace environmental group’s campaign to promote a Global Ocean Treaty at the UN , which would allow the creation of a worldwide network of marine sanctuaries.

“Our oceans are on the verge of collapse and we are all partly guilty of it. Now we must all do something to stop it,” said the actor, urging delegates from the multilateral agency to act “HERE AND NOW.”

The member states of the United Nations meet from Monday to August 30 at the third session of an intergovernmental conference launched in September 2018 with a view to reaching 2020 a treaty on international waters, or high seas, covering about 46% of the planet’s surface but according to scientists they lack adequate environmental protection.

“The world is watching them as they negotiate this Global Ocean Treaty. We cannot afford to make mistakes,” Bardem said, urging delegates to respond to the alarm signals of marine ecosystems, considered vital for the survival of the planet.

Bardem, who did not hide his concern before a room “with many empty chairs,” listed the problems facing the oceans: pollution from plastics, overfishing, seabed mining, prospecting for oil and genetic resources, and acidification of the waters, In addition to global warming that alters the ecosystem.

“The oceans belong to all people, but their destiny is now in their hands,” said the actor, addressing the delegates. “Please protect our oceans.”

During a photo session in Times Square, Bardem said that ensuring the health of the oceans is a ‘major cause’ that everyone should summon. AFP / Don Emmert
The United Nations Convention on the Law of the Sea was adopted in 1982, but the so-called “Constitution of the oceans” does not regulate activities on the high seas. So far, 168 of the 193 UN member states adhered to it, but some did not ratify it. The United States did not even sign it.

“The treaty must have effective rules for fully protected areas on the high seas,” said Sandra Schoettner, the Greenpeace marine biologist, detailing the journey that the organization’s ships take, from the Arctic to Antarctica, to expose the “threat “from pole to pole.

The event at the UN included a preview of the film “Sanctuary”, about Bardem’s expedition to Antarctica along with Greenpeace last year. The film directed by the Spanish filmmaker Álvaro Longoria will be released in September at the San Sebastián International Film Festival.

Bardem, who won the Oscar for best actor in 2008 for the film by brothers Ethan and Joel Cohen “No place for the weak”, also titled in Spain “It’s not a country for old people”, laughed when they presented the documentary as luck of “No ocean for the weak.”

“We are all villains,” he said, alluding to his character, after pointing out that the biggest mistake now would be that this theme “doesn’t matter to us.” “This is real and we are all protagonists and I’m afraid there is no Dwayne Johnson to save us,” he said, referring to the hero of Hollywood action movies.

Asked about the withdrawal of US President Donald Trump from the 2015 Paris Climate Agreement, which seeks to limit global warming, Bardem said “you can’t live in denial.”

“I would like to say: ‘Please pay attention to what Nature tells us constantly,'” said Bardem.

During an earlier photo shoot in Times Square, Bardem said that ensuring the health of the oceans is a “major cause” that everyone should summon.

“I am one of the millions of people who are demanding (…) that this treaty be serious, detailed and strong, so that at least in 2030, according to what the scientists say, we have protected at least 30% of the oceans, “he said, while giant electronic boards around him displayed blue images of marine life.