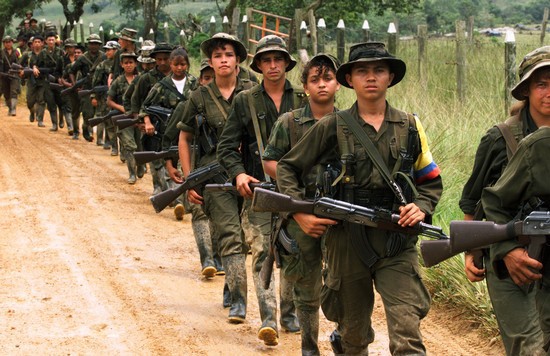 More than 7,400 children and adolescents were victims of the recruitment of illegal armed groups in Colombia between 1985 and 2019, a “generalized and systematic practice” that adapts to the new dynamics of the conflict in the country, a report presented Thursday said.

After the signing of the peace with the FARC, in November 2016, “the dynamics of confrontation and violence have been maintained by the presence, actions and reconfiguration of other armed structures,” which particularly affects children, the study notes. “Recruitment and sexual violence, main risks for children and adolescents in conflict zones in Colombia.”

The report, prepared by the Observatory for the Protection of the Rights and Welfare of children and adolescents (OPROB) with the support of the European Union and the NGO Oxfam, was presented yesterday in Bogotá.

The study details that in the last three years the main responsible for the forced recruitment of minors were the guerrilla of the National Liberation Army (ELN), the People’s Liberation Army (EPL) – considered by the government a drug trafficking band – the dissent of the FARC and heir bands of the paramilitaries.

“Threats, false promises of better living conditions, the emergence of schools and the absence or weak presence of the Government has made thousands of girls, boys and adolescents become part of the ranks of these armed groups,” warns the document.

The OPROB monitored for three years the risks of recruitment or violence for children in conflict regions such as the Catatumbo area, the departments of Meta and Guaviare and the cities of Buenaventura, Pasto and Tumaco.

“In Colombia, the recruitment and use of girls, boys, adolescents and young people continues to be a widespread and systematic practice that adapts to the new demands of the armed conflict,” Olga Silva, of Current Humanity Corporación Jurídica, said in the report. of the organizations implementing the project.