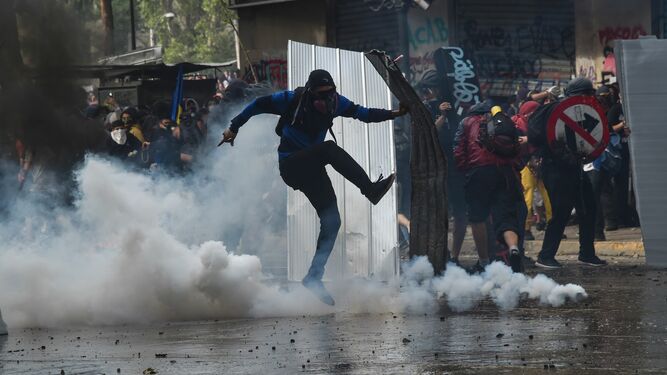 JB: With my eyes on Morales, Ortega, Maduro, and recently Argentina, I completely missed the shit show going on in Chile. If it was not for all the backdoor dealings and payoffs. Panama would be a beacon compared to these circus shows.

Chilean President Sebastián Piñera said he will not resign despite the massive anti-government protests marked by the violence that shake his country, although he acknowledged “part” of responsibility in the crisis, in an interview released on Tuesday by the BBC .

The government appears impotent despite having declared a state of emergency and initially taking the military to patrol the streets with the police.

“There are calls to resign,” journalist Katy Watson of British public television told Piñera “Will she do it?” “No,” the conservative billionaire replied sharply that a few days after the outbreak of the protests he changed eight of his ministers, including the questioned head of the Interior, Andrés Chadwick.

Piñera pays his mistakes in the management of the crisis with a resounding fall in popularity: with 13% approval, he is the head of state with the lowest figures since the return to democracy in Chile in 1990.

Protesters demand a better distribution of wealth, an increase in lower pensions and a reduction in basic service rates.

“These problems have been accumulating in the last 30 years, I am responsible for part of it and I assume my responsibility but I am not the only one,” he said.

Piñera declared himself obliged as president to “improve the quality of life of our citizens” and defended that in the three decades since the return of democracy “poverty was reduced from 65% to 8%” in Chile.