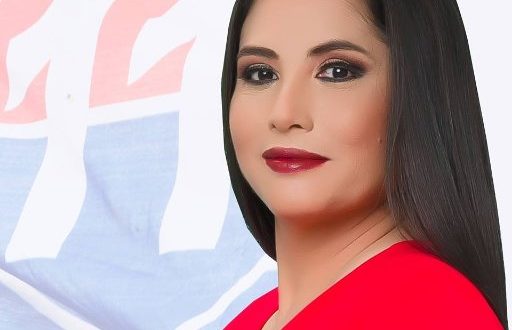 Tuesday, at around 2:00 p.m. and with the threat of heavy rain, Zulay Rodríguez Lu arrived at the newsroom of La Estrella de Panamá, dressed in a blue miniskirt and bluish gray blazer, revealing a slender body, then of having lowered more than 20 pounds, as he confessed. He attended the interview a day before the agreement, although with prior notice.

Rodriguez, current deputy for the Democratic Revolutionary Party (PRD), litigant lawyer and staunch defender of his ideals, inherited his vocation for the policy of his parents. She is the daughter of Gladis Lu, a teacher leader, and Rafael Rodríguez, a lawyer who came to occupy the post of Attorney General of the Nation. The deputy, presidential candidate for the primary elections of the PRD, remembers that one of the family episodes that marked her life was the exile of her father in the eighties, for investigating a supposed embezzlement in the Social Security Fund.

While his father was in exile, the character and destiny of Rodriguez were brewing. When his father returned to Isthmian soil, Rodriguez served as a student leader, demonstrating in the streets in defense of his ideals, an action that became the starting point of his political life. Rodríguez, writer, wife and mother of four children did not hesitate to present MIA Voces Activas with her opinion on issues such as abortion and feminism, as well as the political and social situation of the Bolivarian Republic of Venezuela.