Varela NOT assuming the parlacen. TRANSLATION: He will not pass the mantle with dignity. 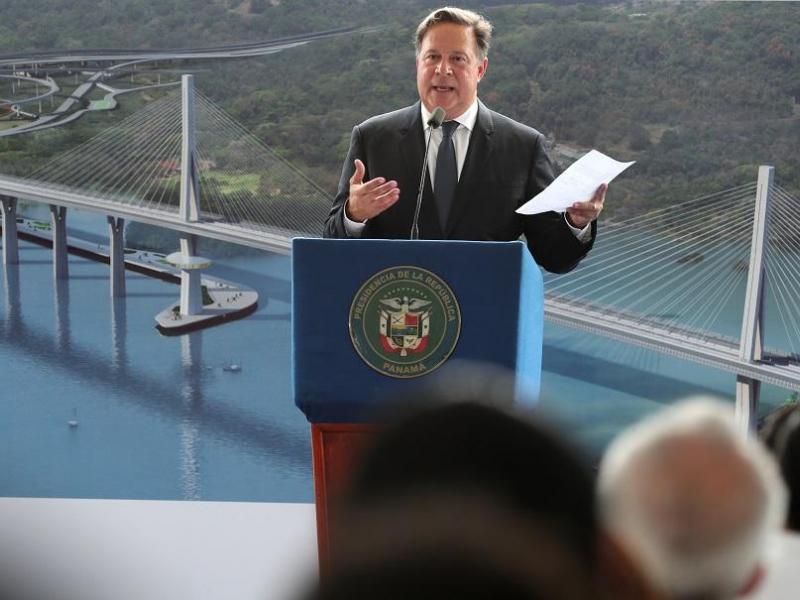 In the US, even in a vitriolic and nasty campaign in 2016, President Obama attended the ceremony and handed over the reins to the most pwerful nation in the world to Donald Trump.

PANAMA (soon to be ousted) President Varela chose to instead make a public declaration on his presidency, and  what “he” perceives as the state of affairs of the country. Basically he patted himself  on the back for 30 minutes and said he will be a citizen of the country upon the election of the new leader.

I’m quite certain if his sobrino “Spock” was leading in the polls this announcement may have been different.

The president of the Republic, Juan Carlos Varela, will not assume the deputation of the Central American Parliament (Parlacen) that by law corresponds to him. This was reported in a public letter titled The next president, which makes a political and social assessment of its management and the scenario of the country that will receive the president who is elected on Sunday.

He indicated that when his term ends, on July 1, 2019, he will become a citizen of the country and that he will make public my patrimonial declaration. “I will leave calmly, with my head held high, with my family and my work team, convinced that we work with integrity and positively impact the lives of hundreds of thousands of Panamanians,” the president said in his letter.

Among the pending challenges, the president alleges, are the social security system and the administration of justice. “I predict the best (the next president) and find in tolerance, equanimity and social justice the tools to face the infinite and justified claims of the humblest, and strength before the insatiable demands of those who have more”, Indian.

Varela said he is ready to coordinate an orderly and institutional transition that will allow the next government to begin its work from the first day of its administration.

In the letter, he recounts the works he has developed during these five years, such as Line 2 of the Metro, the Renovación de Colón project and terminal 2 of the Tocumen airport. Also of the projects that he leaves tendered as the Fourth Bridge over the Panama Canal, whose act of placing stone stone was made this Thursday.

“The (next president) will receive a safer Panama, with a 37% reduction in the homicide rate compared to the previous period, achieving the lowest figure of the last 15 years, as the statistics indisputably show,” he said. .

In economic matters, Varela considered that the next president may build on a growth that is planned at 6% per year, of which 2% will be the result of the exploitation of the largest mine in the region. It refers to the Petaquilla hill copper project.

In education, he said that the next president will have the 6,000 Panamanian teachers trained in teaching English and will witness a new generation of young people prepared for the jobs demanded by our economy, trained in the new Specialized Higher Technical Institute.