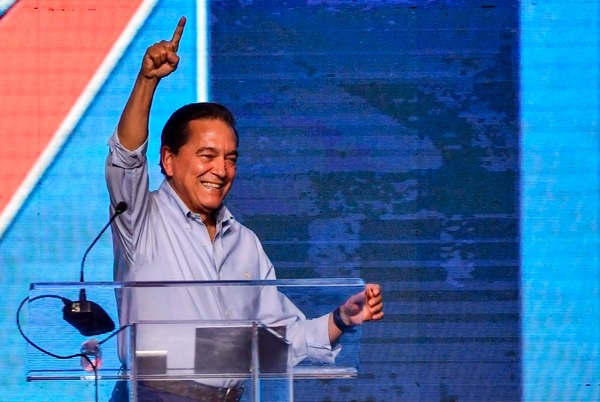 I’m calling it!!!!!!    PNO.com recognizes LAURENTINO CORTIZO as the NEW PRESIDENT of the REPUBLIC OF PANAMA.

Laurentino Cortizo, presidential candidate for the “Uniting Forces” alliance formed by the Democratic Revolutionary Party (PRD) and the Molirena, affirmed tonight that his triumph in the presidential election “is already irreversible.”

“I feel very happy, we won and we won, what we have to do now is to join forces as a country, this is not the triumph of Nito Cortizo or an alliance, it is the triumph of a country,” he said.

He indicated that the difference between his person and the candidate of Cambio Democrático, Rómulo Roux, who is in the second place is a little more than 2%, that is, above 40 thousand votes.

On the announcement of Roux, that they will wait to have the physical acts to review the results of this election, Cortizo pointed out that as happened in 1994 with the 1994 election there was a difference of more than 40 thousand votes between President Ernetso Pérez Balladares and Mireya Moscoso “The difference is that the candidate Mireya Moscoso had the gallantry to recognize the triumph of President Balladares.”

Cortizo said he is very confident that they triumphed. “It is time for the Electoral Tribunal and the magistrates to tell the country who won the elections, the Electoral Tribunal and the magistrates, I am sure that they will fulfill their obligations, there is already more than 90% of the scrutiny and it gives us We have more than 40 thousand votes of difference, it is not that I think, it is irreversible, here there is a clear triumph, “he affirmed.