The Odebrecht case, considered an emblem of corruption in recent years, was left without the expert of the Directorate of Judicial Investigation (DIJ) who was in charge of the financial report of the process.

This, as a result of the new National Police authorities removing IDJ investigators who were assigned to the Public Ministry.

In the judgment of the Anti-Corruption prosecutor Zuleyka Moore, this fact “alters the order, reliability and reserve” of the investigation, in which the payment of bribes for more than $ 100 million is investigated.

The prosecutor also said that they have not been informed who will do this work from now on. “That is the big question,” Moore told the media.

He also warned that the investigator of the IJD was removed from the case at a time when they expect the Second Superior Court to extend the time to follow it. It is pending to investigate the period of the government of Martín Torrijos (2004-2009), and data of the 13 thousand documents leaked to the International Consortium of Investigative Journalists.

The uncertain future of an emblem case

In the personnel of the Directorate of Judicial Investigation (DIJ) that was assigned to the Public Ministry (MP) and that was sent on vacation by the director of that entity, Manuel Castillo, is Lieutenant Antonio Lin. He carried out the financial report of the Odebrecht case, the worst corruption scandal in recent history.

According to the anti-corruption prosecutor Zuleyka Moore , this fact “alters the order, reliability and reserve of the investigation”, at a time when the MP is waiting for the Second Superior Court to extend the term to continue investigating the case. Moore told this media that until now they have not been informed who will do the work Lin was doing.

“We had a unit [Lin] that was assigned since 2017, and with which various meetings have been carried out at the work tables, and that understands the lines of work contained in the Odebrecht file. He was sent on vacation, without prior coordination, and has not completed the assignment he had been given, ”said the prosecutor, after describing this situation as“ unfortunate ”.

The Special Anti-Corruption Prosecutor’s Office is still awaiting investigation of the 2004-2009 period, at which time the PRD Martin Torrijos ruled the country, and Odebrecht obtained his first contracts in Panama.

In addition, we still need to analyze documents from the Structured Operations Sector – the Odebrecht coimas department – 13 thousand of which were leaked to the International Consortium of Investigative Journalists.

The clash between the Public Ministry and the new police authorities began on July 14. That day, the anti-corruption prosecutors learned that Major Damaris Rodríguez – in charge of the Anti-Corruption Division of the IJD – was sent on vacation. His replacement is Iran Yearwood, who worked on the Security Council during the administration of Ricardo Martinelli (2009-2014).

Tania Sterling , who coordinates the Special Anti-Corruption Prosecutor’s Office, explained that after this fact, they sent a note “in respectful terms” to Commissioner Manuel Castillo, asking him to resume communication between the two entities.

Castillo told them that he was available to strengthen the communication, but then they were told that two other members of the IJD had been sent on vacation. “That is, the request was ignored,” said the prosecutor, referring to the vacations of Lt. Lieutenant Roberto Miter, of the operations section of the Division of Crimes Against Public Administration, and Antonio Lin.

Sterling added that because of the sensitive work these people were doing, they had maintained direct communication with the directors of the DIJ. He added that there has not yet been an approach between the two entities.

In another note that the prosecutors sent to Castillo, they informed him that because the work of the auxiliaries had lost priority, they asked him to vacate the space in the Avesa building they occupied.

Superior prosecutor Ruth Morcillo clarified that this measure was taken “to safeguard the information of the investigations against unclear changes.”

Different civil society actors reacted to the case. The architect Ricardo Bermúdez, who has closely followed the investigation, said that “a conversation prior to the fuss of last Friday between the heads of both institutions would have prevented Panama from another shock.” In his opinion, Panama should already be aware of who were the senior officials who “squandered public funds” along with Odebrecht.

Mitchell Doens, leader of the PRD, said that Odebrecht seems to have “a very good luck” with the stoppage of the case at the moment. “Separating someone who has conditions to investigate does a disservice to the cause of Panamanian justice, as a case like this must be investigated until the last consequence.”

For Gabriel Tribaldos, of the Independent Movement, “institutionality cannot continue to be dejected.” These types of decisions “put the result of the investigation at risk,” he said.

On the other hand, the lawyer and former presidential candidate Ricardo Lombana considers that, although the removal of the investigators of the IJD is serious and negative, the investigation of the Odebrecht case is “vitiated long before”. According to Lombana, the MP has been “selective” and “has been shown” that this case will have impunity problems.

At least 137 officials of the National Police were sent on vacation and another 100 transferred to different positions in different regions of the country, as stated in the Agenda of that security establishment last Monday, July 22. Officials sent on vacation include senior and middle and low ranks officers assigned to the National Security Council and the Anti-Drug, Intelligence and Traffic Operations directorates, among others. 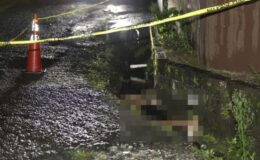 EX-PAT ALERT: For a small country, Panama is seething with violent crime as of late.

https://elsiglo-com-pa.translate.goog/cronica-roja/ejecutados-quemaron-genitales/24206559?_x_tr_sl=es&_x_tr_tl=en&_x_tr_hl=en&_x_tr_pto=sc&_x_tr_sch=http The first case occurred in Las Mañanitas and the other event occurred in the district of Tocumen. The bodies of two men who were tortured before being killed were found last night in the eastern part of the country. The moon was about to rise when the first body … 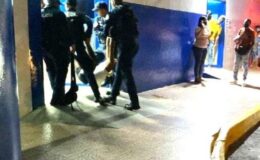