Porcell to present report on her side of Council crisis 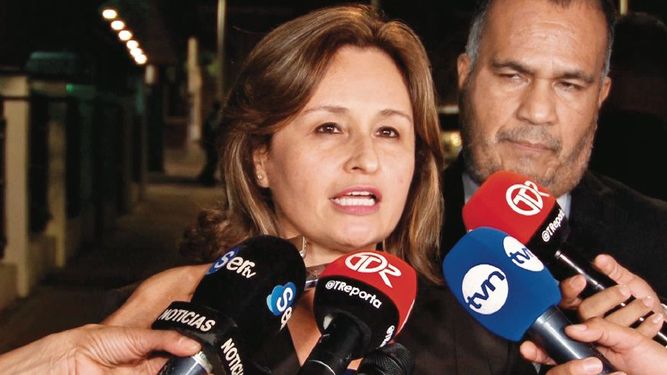 The Attorney General of the Nation, Kenia Porcell , will present this Wednesday, August 22, a report before the Council of the National Agreement for Development , on the current crisis facing the administration of justice.

Concertación requests the appearance of Porcell and De León
Four notions of what was declared by the Procurator Porcell
Varela on crisis in justice: ‘Panama has the ability to get ahead on its own’
Hernán De León is lying: Kenya Porcell
The main or alternate councilors of the organizations that make up the Concertación Council were summoned by the president of this body, Luis Ernesto Carles (Minister of Labor and Labor Development), at 10:00 am, at a hotel in the capital.

The confirmation of the assistance of Porcell before the Coalition comes a day after the directors asked both Porcell and the interim president of the Supreme Court of Justice, Hernán De León , to appear before this forum to explain the events that motivated the confrontation between both.

So far, it is unknown if De León responded to this request made on Monday by the Council of the National Agreement for Development, which met in an extraordinary way.

The crisis in the administration of justice was generated after Porcell revealed that De Leon visited him in his office on July 30, and confessed that they were going to “knock down” the process that the Supreme Court follows the former president Ricardo Martinelli for supposedly spy on communications from at least 150 people. He also told him that he had been recorded.

However, through a statement and a television interview, De León denied that it had been recorded.