Plaintiffs request NO bail for Martinelli 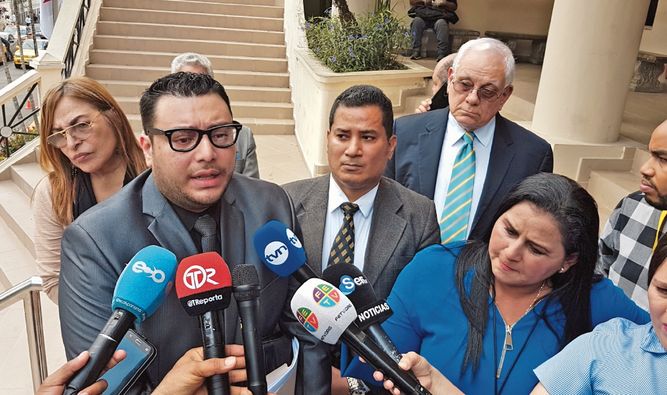 The plaintiffs in the process followed by former President Ricardo Martinelli for allegedly spying on the communications of at least 150 people, announced that they will oppose the request for bail filed by the exmandatario’s lawyers, a remedy that will be analyzed by the full the Supreme Court of Justice in a hearing called for next August 28.

Complainants: Jerónimo Mejía is ‘a guarantee for the process’
Pleno rejects Martinelli’s amparos; the competition of the punctures case remains in the Court
Complainants request that judges De León, Tello and Alonso declare themselves disabled
This August 28 will be the hearing to analyze Martinelli’s bail request
Carlos Herrera Delegate , lawyer of Mauro Zúñiga plaintiff in the process, recalled that on June 19 the Court decided not to change the provisional detention measure to Martinelli, after noting that there is a risk of flight, as well as the former leader’s disregard for the process .

“These circumstances have not changed,” warned the lawyer.

In the aforementioned ruling, the plenary of the Court argued that there are procedural dangers and therefore provisional detention must be maintained.

In addition, the lawyer assured that the legal team of the ex-governor “has not contributed any new element” that changes his condition to be worthy of a bail of release.