No longer President,…..Varela not called by prosecution to testify. SHOCKER 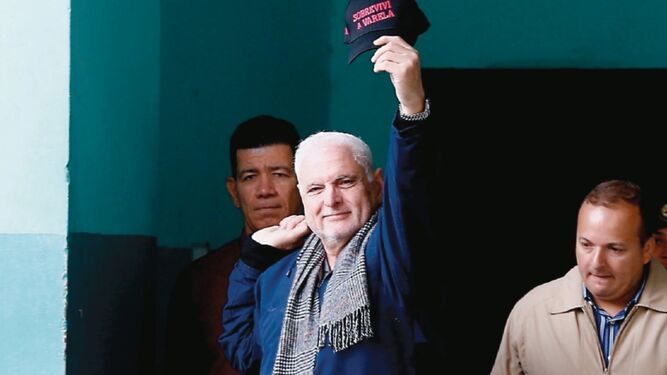 Former President Juan Carlos Varela was left without testifying in the trial that is also followed by ex-president Ricardo Martinelli for the punctures.

David Cuevas, lawyer for Rosendo Rivera, one of the plaintiffs in the process, explained that former governor Varela was ready to participate in the hearing last Monday, July 22. He hoped to intervene after the former executive secretary of the National Security Council Rolando López , but as the cross-examination of this by Martinelli’s defense went on, Varela did not declare. And he could not attend in the following days, because he had to attend to commitments. The complainants did not quote him again.

The witness presented yesterday by the complainants was the journalist of Telemetro Álvaro Alvarado, who, in turn before the Trial Court, recalled that on May 19, 2014, days after the elections in which Varela won the Presidency of the Republic, he did an interview with Martinelli. “I asked him: ‘If someone from Democratic Change, from the bench, who had been elected at that time, moves to Panamanianism, what would happen?’ The literal answer was: ‘I revoke the mandate, and believe me that I revoke the mandate as two and two are four, and believe me that I do have the dossier and pedigree of everyone, of everything in this country.’ That was what Mr. Martinelli answered. What did he mean? I have no idea, ”Alvarado said.

Sidney Sittón, Martinelli’s lawyer, asked him if the pedigree was related to communication interceptions and Alvarado answered no.

The journalist spent less than an hour in the courtroom. At the end of the day, Martinelli’s defense asked the court to give him until Monday, July 29, in order to prepare himself to present his documentary evidence and his 13 witnesses. The court agreed, despite the opposition of the victims.

In this case, former President Ricardo Martinelli is accused of the alleged commission of crimes against the inviolability of secrecy and the right to privacy, and two types of peculation.

As of Monday, the former president’s defense begins to present his evidence.