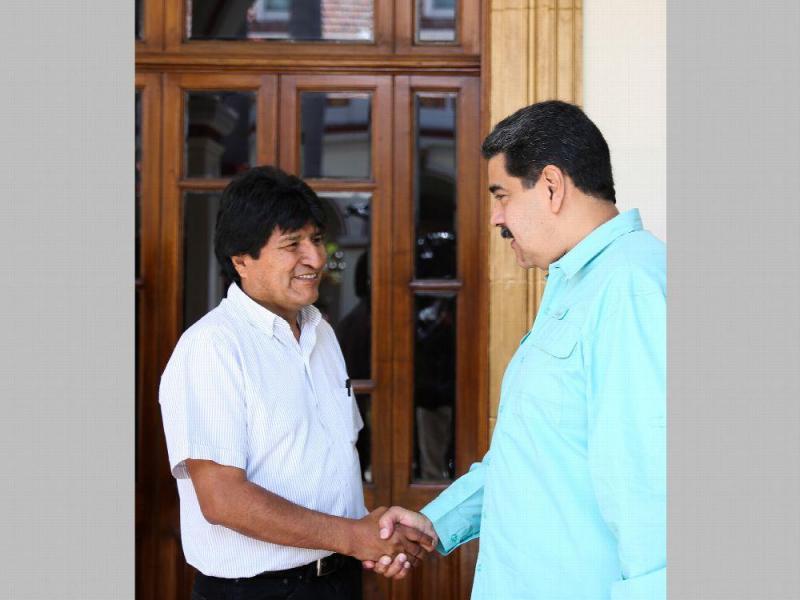 The president of Venezuela, Nicolás Maduro, met with his Bolivian counterpart, Evo Morales, at the presidential palace of Miraflores, in Caracas, to strengthen the “strategic alliances” between both countries.

The meeting between the leaders takes place after the conclusion of the VIII Summit of the Americas and to which the Venezuelan president was not invited.

The meeting between Maduro and Morales served to ratify ‘strategic alliances’ and ‘ties of brotherhood and solidarity’, according to the Venezuelan state channel VTV.

During his visit to Caracas, Morales was received with honors and by Venezuelan Foreign Minister Jorge Arreaza, according to the Efe news agency.

During the Summit of Heads of State, which took place between April 13 and 14, the Bolivian leader defended Maduro and criticized Lima’s position against it.

“We deeply regret that our brother Nicolás Maduro is not sitting together with us, as a result of the pressure from the United States,” Morales said during the plenary of the continental meeting.

The Morales is one of the countries that maintains close relations with the Maduro administration and has expressed ‘solidarity’ with the so-called ‘Bolivarian revolution’.